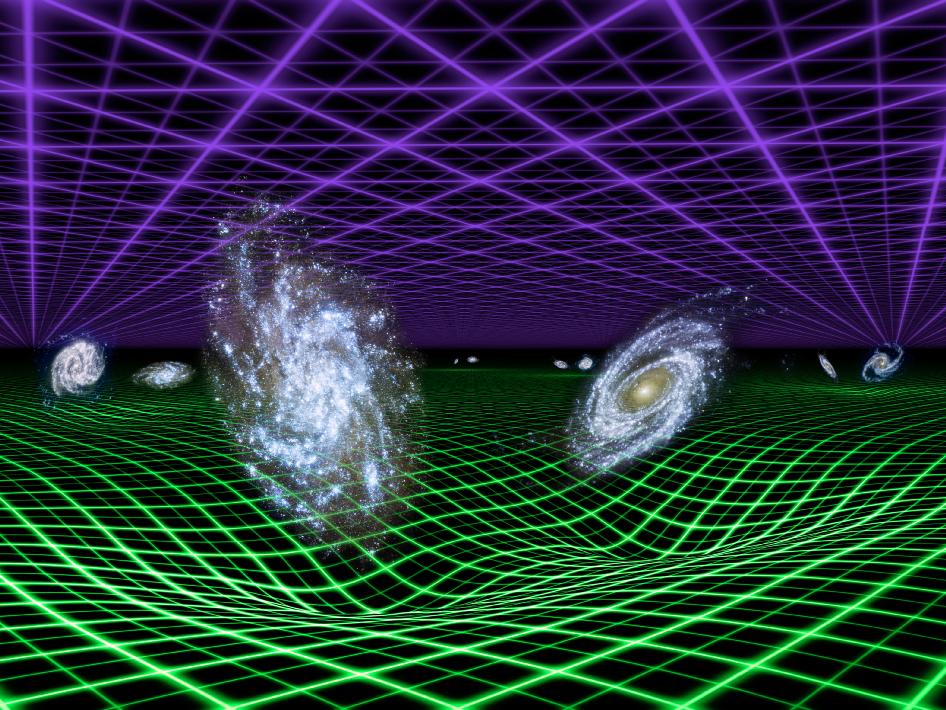 Dark Energy and Gravity - Yin and Yang of the Universe

Astronomers think that the expansion of the universe is regulated by both the force of gravity, which acts to slow it down, and a mysterious dark energy, which pushes matter and space apart. In fact, dark energy is thought to be pushing the cosmos apart at faster and faster speeds, causing our universe's expansion to accelerate.

In this artist's conception, dark energy is represented by the purple grid above, and gravity by the green grid below. Gravity emanates from all matter in the universe, but its effects are localized and drop off quickly over large distances.

New results from NASA's Galaxy Evolution Explorer and the Anglo-Australian Telescope atop Siding Spring Mountain in Australia confirm that dark energy is a smooth, uniform force that now dominates over the effects of gravity. The observations follow from careful measurements of the separations between pairs of galaxies (examples of such pairs are illustrated here). The results are one of the best confirmations of the nature of dark energy to date.