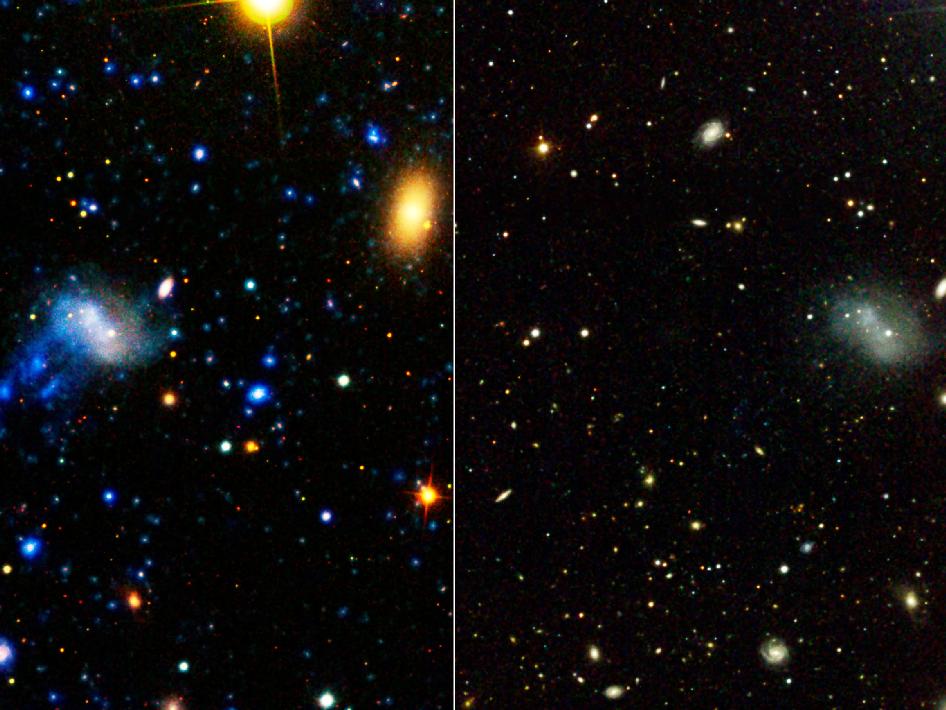 Now You See a Tail, Now You Don't

NASA's Galaxy Evolution Explorer found a tail behind a galaxy called IC 3418. The star-studded tail can be seen on the left, as detected by the space telescope in ultraviolet light. The tail has escaped detection in visible light, as shown by the image on the right, taken by a visible-light telescope on the ground. This tail was created as the galaxy plunged into gas in a family of galaxies known as the Virgo cluster.

Other galaxies and stars can be seen scattered throughout the image. Another galaxy called IC 3413, which is part of the Virgo cluster, can be seen to the right of IC 3418 as an oval-shaped blob. The bright large dot at upper right is a star in our Milky Way galaxy.