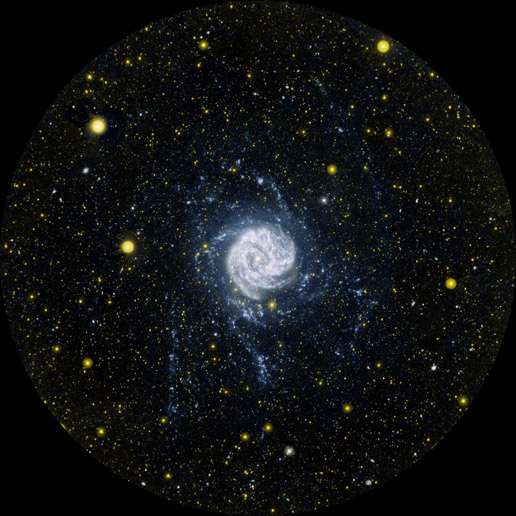 This ultraviolet image from NASA's Galaxy Evolution Explorer shows the Southern Pinwheel galaxy, also know as Messier 83 or M83. It is located 15 million light-years away in the southern constellation Hydra.

Ultraviolet light traces young populations of stars; in this image, young stars can be seen way beyond the main spiral disk of M83 up to 140,000 light-years from its center. Could life exist around one of these far-flung stars? Scientists say it's unlikely because the outlying regions of a galaxy are lacking in the metals required for planets to form.

High-resolution TIFF (23Mb)
› Back To Top