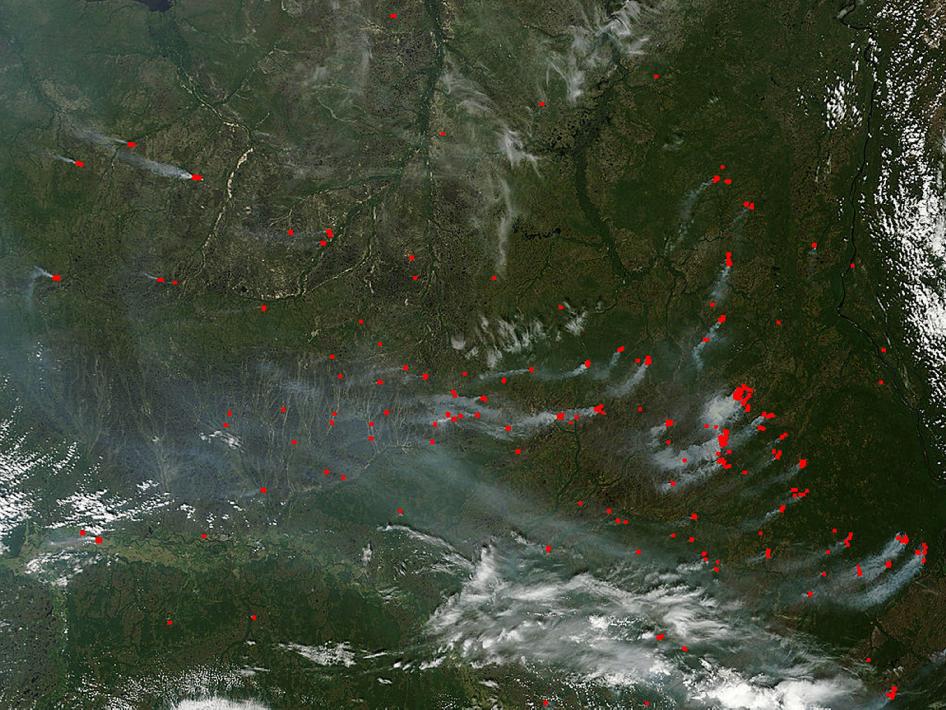 Russia has declared a state of emergency in several eastern regions due to hundreds of wildfires. NASA's Terra satellite captured this image of fires and smoke in north central Russia on June 15, 2012, at 05:50 UTC (1:50 a.m. EDT) The red spots are where the Moderate Resolution Imaging Spectroradiometer (MODIS) instrument that flies aboard the Terra satellite detected heat signatures. Dry conditions, agricultural burning, lightning and human involvement have contributed to many wildfires across Siberia over the last few weeks.

To learn about smoke from Siberian fires crossing the Pacific Ocean, visit http://www.nasa.gov/mission_pages/fires/main/siberia-smoke.html.