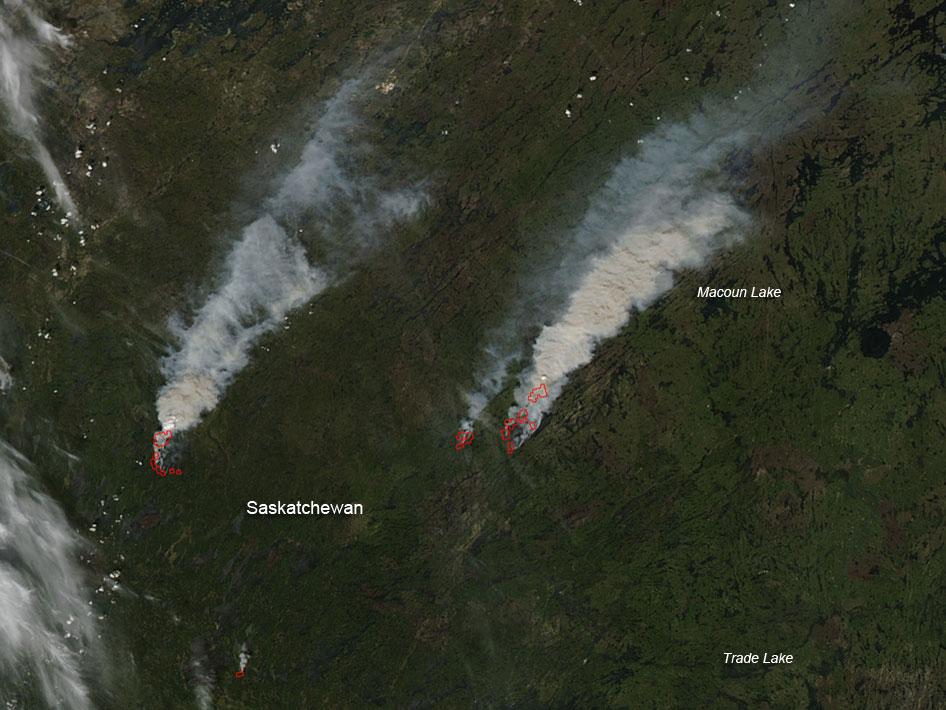 According to the Government of Saskatchewan's wildfire website, this area of the province has been designated an "observation zone." This means in this area there are fewer human values or commercial timber and fire is generally allowed to play its natural, beneficial role on the landscape, excluding communities and major infrastructures such as mines. Intervention is considered on the basis of suppression costs, compared with the value of what is being protected.

According to Brent Krayetski, the province's wildland fire coordinator, "The dry grasses haven't seen much rain in a while. Temperatures are going into the 20s [C] (70s F) and we're seeing windy conditions which [are] just the right kind of conditions to make any kind of fire take off and run and get out of control," he said.

There have been 67 wildfires in Saskatchewan this year. The biggest wildfire ripped through a large chunk of Grasslands National Park two weeks ago. It was caused by an agricultural fire that got out of control.