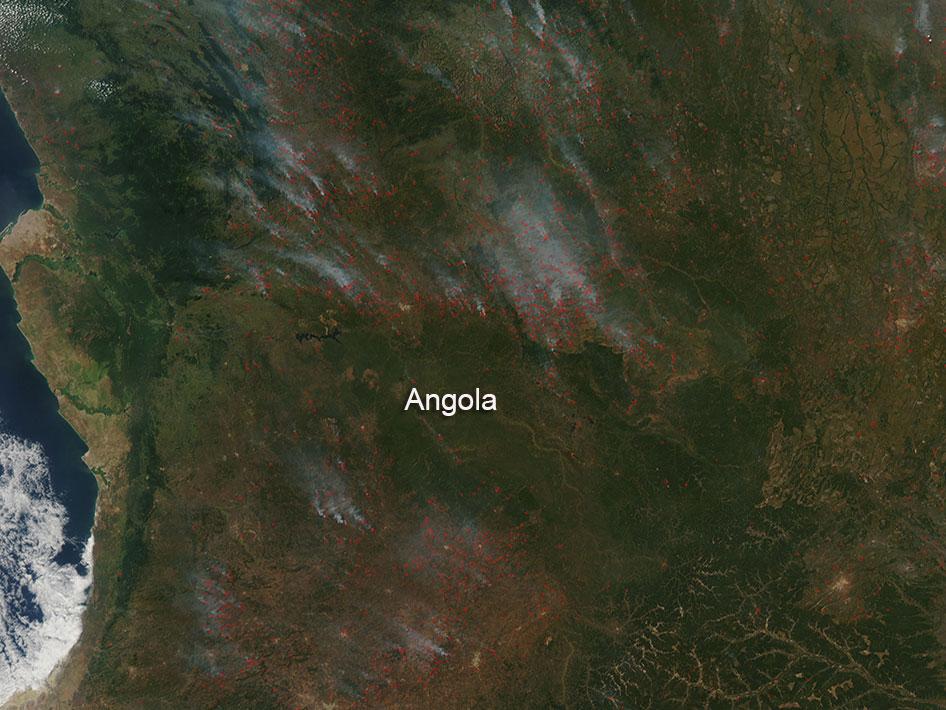 The Moderate Resolution Imaging Spectroradiometer (MODIS) on NASA’s Aqua satellite detected hundreds of fires burning in Angola on May 24, 2013. The fires are outlined in red. Most of the fires burn in grass or cropland.

The location, widespread nature, and number of fires suggest that these fires were deliberately set to manage land. Farmers often use fire to return nutrients to the soil and to clear the ground of unwanted plants. This type of field clearing is the easiest and most cost effective for the farmer. While fire helps enhance crops and grasses for pasture, the fires also produce smoke that degrades air quality. Of note: about 80 percent of farmers throughout the country are smallholders. They cultivate very small plots of land, with very low productivity since the civil war ravaged the nation. This is most likely the reason that this type of field clearing is used so extensively.