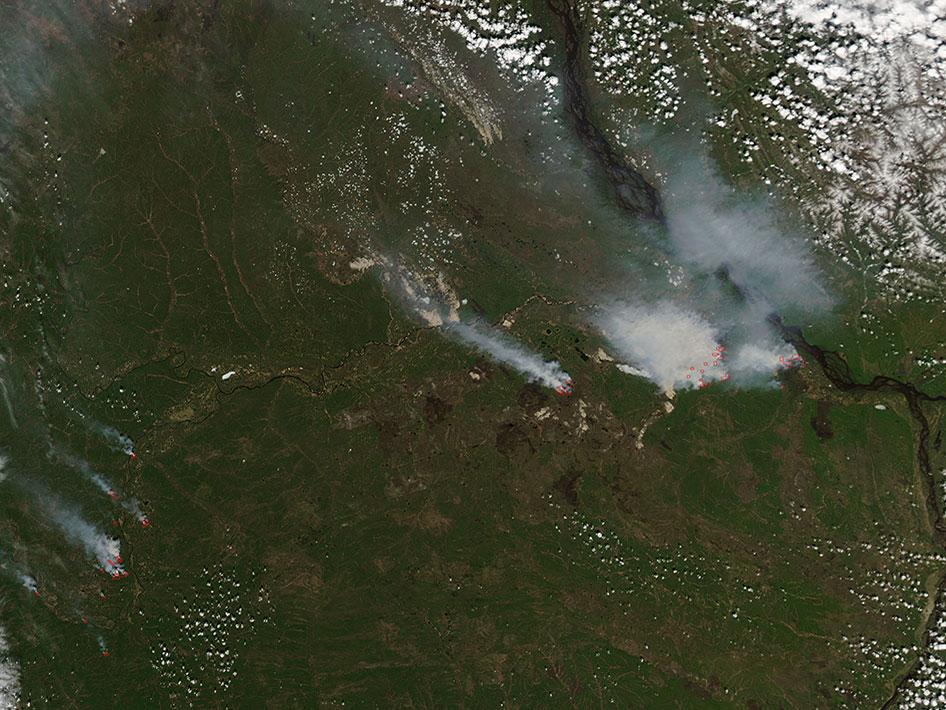 The snow is mostly gone in Siberia which means that the time is ripe for wildfires. This region is mostly dry when the snows are gone and lightning or a carelessly thrown cigarette can easily start a wildfire. This natural-color satellite image was collected by the Moderate Resolution Imaging Spectroradiometer (MODIS) aboard the Aqua satellite on May 29, 2013. Actively burning areas, detected by MODIS’s thermal bands, are outlined in red.

The website http://fires.kosmosnimki.ru/ is reporting dozens of hotspots in the region where MODIS captured this image. There seem to be two separate areas of fires and the Kosmosnimki website reports the following: