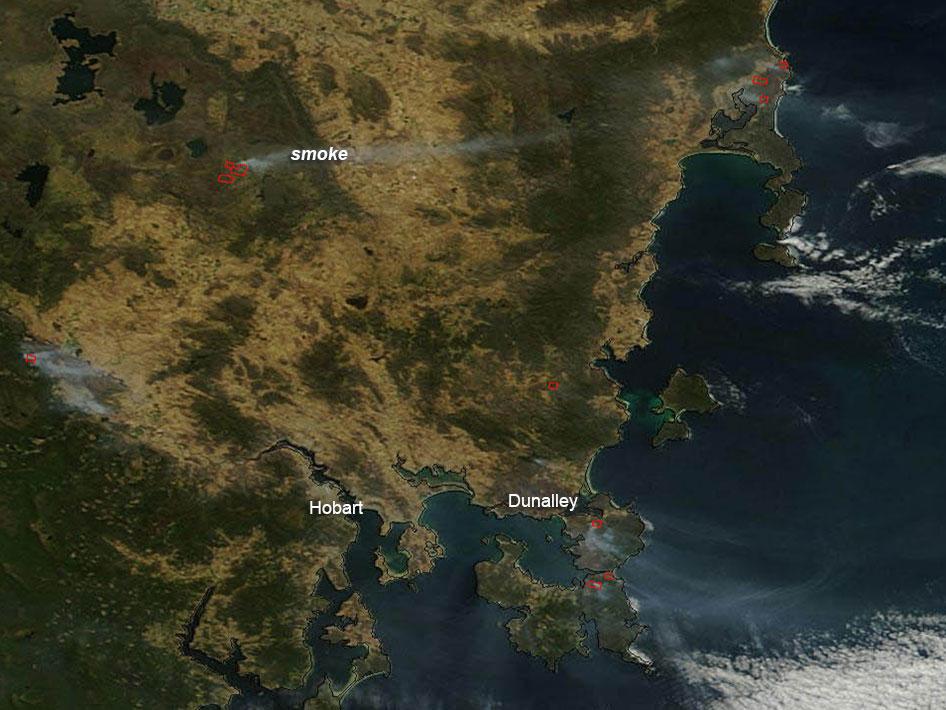 Extreme heat and strong winds fueled the fires. Temperatures in Hobart, the capital of Tasmania, soared to a record high of 41.8°Celsius (107.2°Fahrenheit) on January 4. The blazes destroyed more than 100 homes, including many in the small community of Dunalley. More than 100 people were missing after fire tore through the town.