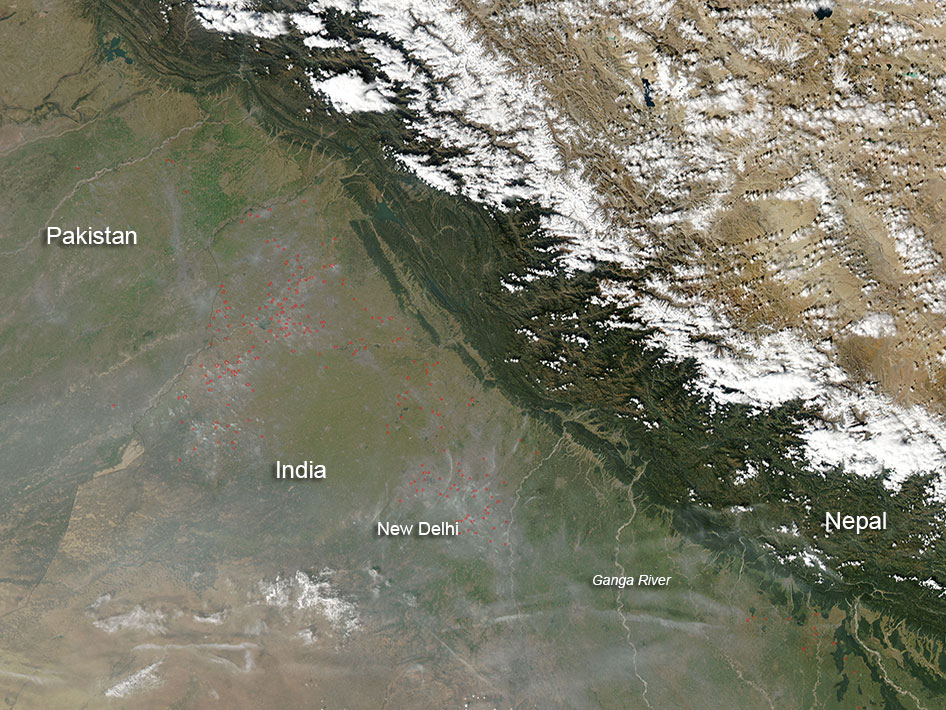 The International Herald Tribute reported earlier this summer that forest fires [in India] have become common in the summer season, adding that they usually start small after people light grass or waste material and spread quickly. Passengers and picnickers throwing combustible materials like cigarettes or matchsticks on roadsides and use of fire-crackers in wedding processions and religious gatherings near shrines aggravates the problem.

The Punjab Newsline reported that on Friday, October 12, 2012, a Vaishno Devi pilgrimage had to be suspended after a forest fire broke out in the forests near Adhkunwari, six kilometers from the Katra base camp. It started spreading fast and reached close to the trek. The inferno was brought under control after hectic efforts of the Shri Mata Vaishno Devi Shrine Board (SMVDSB) and others working in synergy, a board official said. There was no damage to property or injury to any pilgrim. There is a heavy rush of pilgrims visiting the famous shrine with about 40,000 arriving in Katra everyday from different parts of the country. Fire in pine forests of Jammu are common in intense heat conditions. The pilgrimage resumed on Saturday morning.

This natural-color satellite image was collected by the Moderate Resolution Imaging Spectroradiometer (MODIS) aboard the Aqua satellite on October 17, 2012. Actively burning areas, detected by MODIS’s thermal bands, are outlined in red.