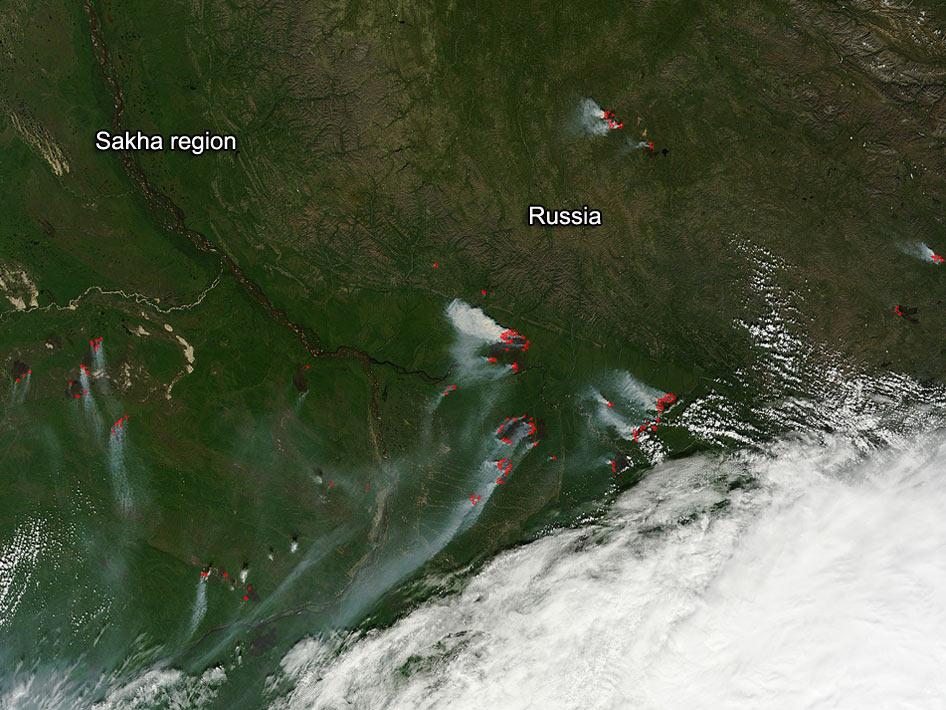 Fires continue to spread across much of the Siberian territory in Russia. This round of fires could rival those of the 2010 fire season in Russia. According to the Russian Forestry Ministry official figures of hectares of land affected are not yet available, but in 2010 over 1.2 million hectares of land were burned (4,633 square miles).

However, the situation is different from that in 2010. Two years ago, fires swept across virtually the entire territory of Russia, including its European part. Now the fire is threatening mainly Siberia with Central Siberia being the hardest hit. The Tomsk Region, the Krasnoyarsk Territory and the Republic of Tuva have declared a state of emergency.

As of July 31, there were 123 pockets of wildfire in the region, and firemen have so far been unable to bring the situation under control. They put out 46 flash points in the first few days of August, but 35 new ones have appeared in the Siberian forests. Smoke from the fires has paralyzed air transport for several days and has reached dangerous concentrations in major Siberian cities.

This image of the affected Sakha region in Siberia was taken by the MODIS instrument on the Terra satellite on August 9, 2012.