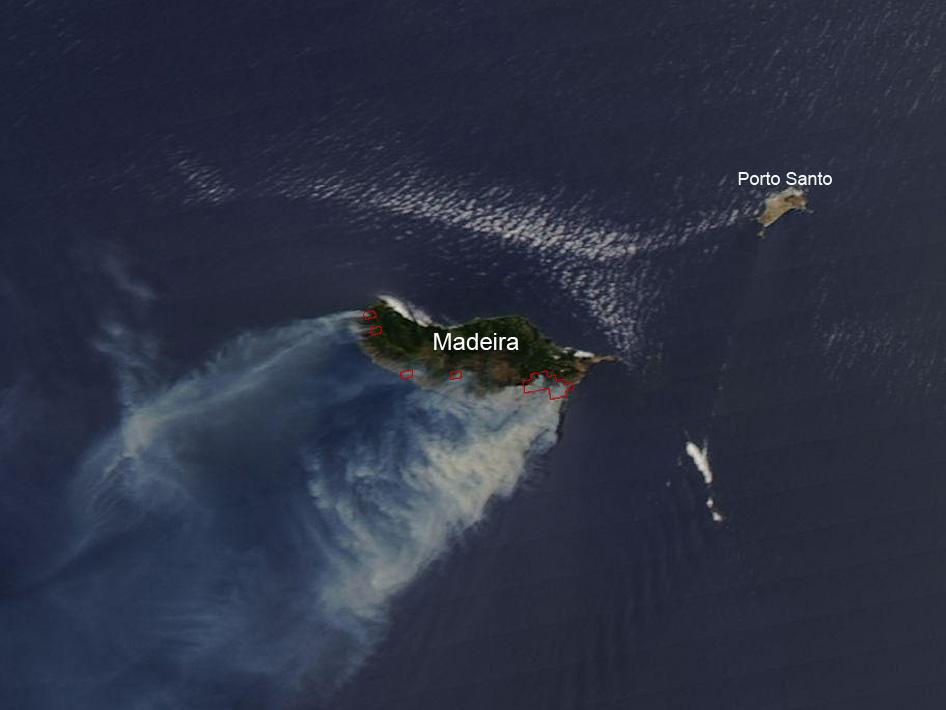 Wildfires broke out on the island of Madeira, part of a Portuguese archipelago west of Morocco, on July 18, 2012. News reports said that, by July 20, fires had spread to the nearby island of Porto Santo, and firefighters sent from mainland Portugal struggled to contain multiple blazes amid high winds.

Madeira was already suffering from severe drought by July 2012, and the wildfires began burning in the midst of temperatures up to 40 degrees Celsius (more than 100 degrees Fahrenheit), according to news reports. Severe fires also scorched parts of mainland Portugal.