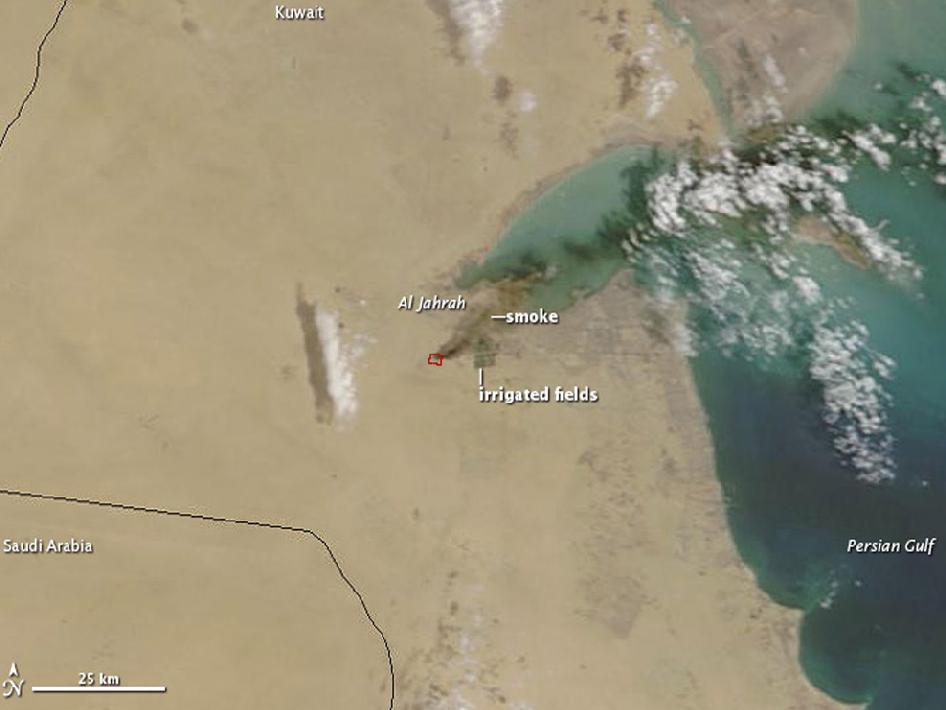 On April 17, 2012, a fire broke out in a tire dump near Al Jahrah, Kuwait. Agence France-Presse reported that the fire was fueled by about five million tires. Hundreds of firefighters, aided by soldiers and by employees of the Kuwait Oil Company, struggled to contain the blaze. The Kuwait News Agency reported that the nation’s Fire Services Directorate expected to have the fire completely extinguished later that day.

Authorities were grateful that winds blew most of the smoke out to sea, but members of parliament were still expected to convene a special session to discuss the fire’s environmental impact on Kuwait, news sources said.

In this image, dark patches appear on the ground east of the fire. They are not part of the smoke plume; they are crops watered with center-pivot irrigation. Vegetation stands out in Kuwait’s landscape, where less than one percent of the land is arable. Poor in agricultural land, the country’s natural resources consist primarily of petroleum, natural gas, fish, and shrimp.