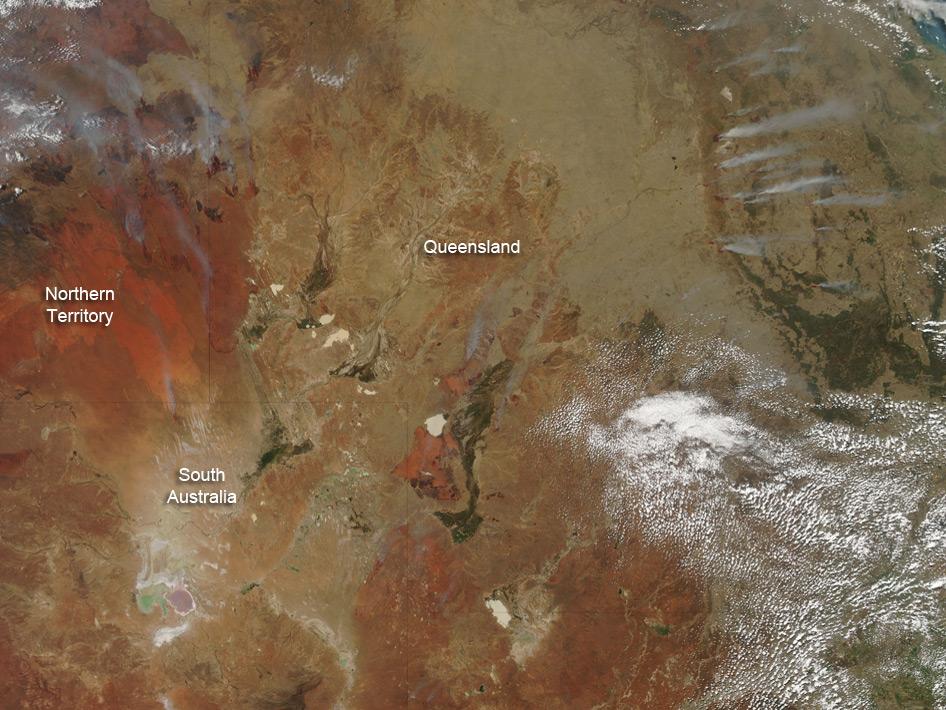 Fires in Queensland and Northern Australia

Bushfires in Australia’s interior show little sign of abating. Strong winds pushed fires to flare up on October 15, 2011, when the Moderate Resolution Imaging Spectroradiometer (MODIS) on the Aqua satellite acquired this image. The fires are marked in red.

2011 has been an intense fire season. Earlier in the year, La Niña rains built up a thick growth of grass, which is now dry fuel. Smoke-filled skies are posing a hazard to drivers, including those participating in the 2011 World Solar Challenge.