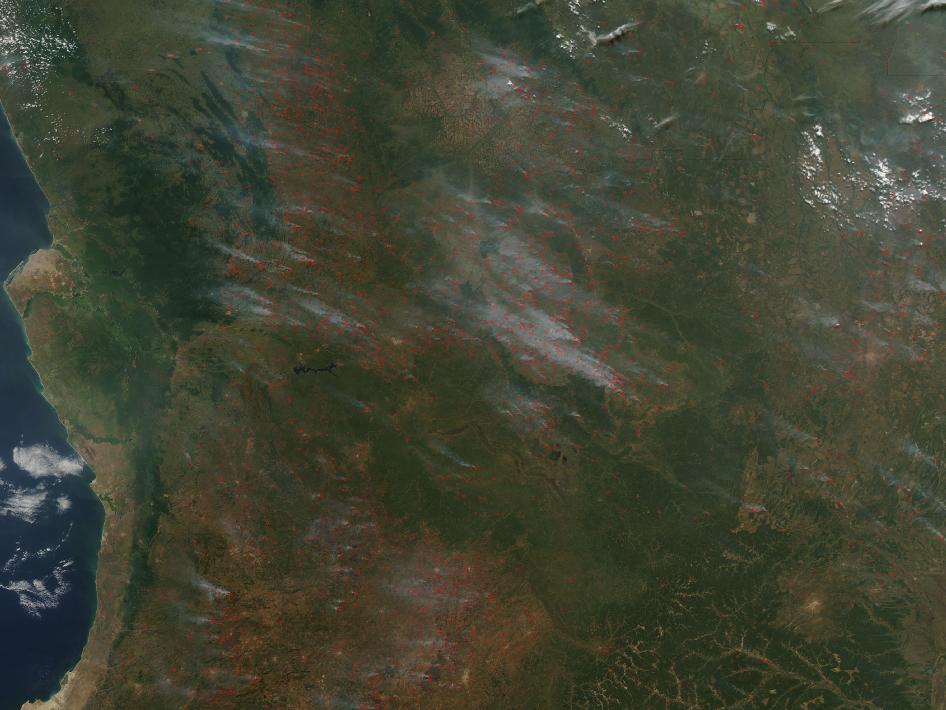 Fires in Angola and the Congo

Smoke from fires burning in southwestern Africa were evident on recent NASA satellite imagery from June 2 at 12:40 UTC (8:40 a.m. EDT). There were hundreds of fires burning in northwestern Angola, and in the southern part of the Democratic Republic of the Congo (located north of Angola).

That's when NASA's Aqua satellite flew overhead and the Moderate Resolution Imaging Spectroradiometer (MODIS) instrument indentified fires and the smoke streaming from them in a visible image. The red dots in the image are hotspots associated with unusually high surface temperatures characteristic of fires.

Some of the fires were burning in the Reserva Especial do Milando and the Reserva Natural Integral do Luando, located in the north and north central part of the country. Other fires were likely set for agricultural purposes to manage crops and pastures, which is a common practice in this region.