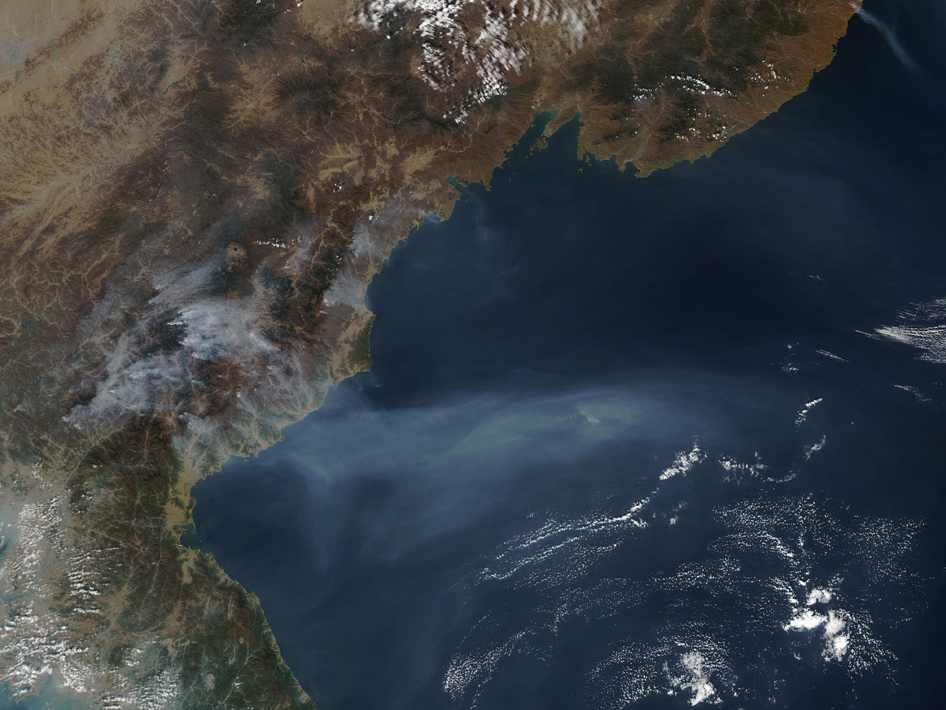 Multiple fires burned in North Korea in mid-October 2009, sending a plume of smoke over the Sea of Japan. The Moderate Resolution Imaging Spectroradiometer (MODIS) on NASA’s Aqua satellite captured this true-color image on October 15. Red outlines indicate hotspots associated with active fires, although not all the fires have visible hotspots. The smoke plumes blow uniformly eastward, some of the individual plumes coalescing into a single large plume over the sea.