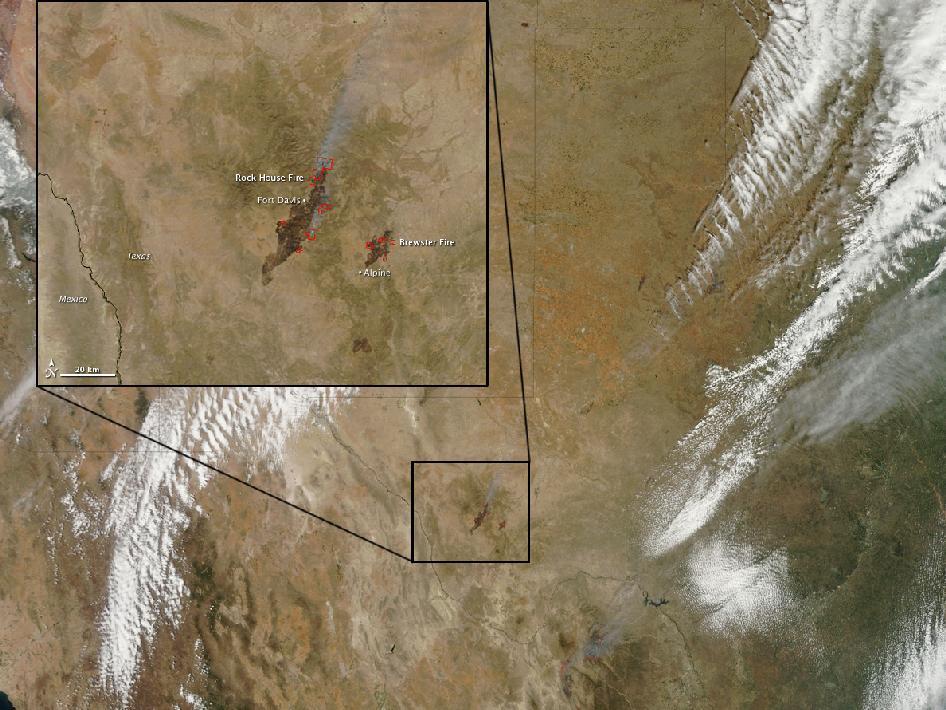 The Rock House Fire was burning out of control when the Moderate Resolution Imaging Spectroradiometer (MODIS) on NASA’s Terra satellite acquired this image on April 10, 2011. Red boxes mark the location of active fires, and brown, charred land shows the fire’s path. A thin plume of smoke streams northeast from the fire front. The burn scar shows that the fire burned around the town of Fort Davis. MODIS also detected a fire immediately northeast of the town of Alpine, in Brewster County, Texas.

Burning through grassland in southwest Texas, the Rock House Fire was first reported on April 9, and by April 10, it had burned at least 60,000 acres and 30-40 homes in Fort Davis, said the Texas Forest Service. Like several other large wildfires burning in Texas on April 9-10, the Rock House and Brewster Fires were fed by strong winds, low humidity, and dry vegetation.