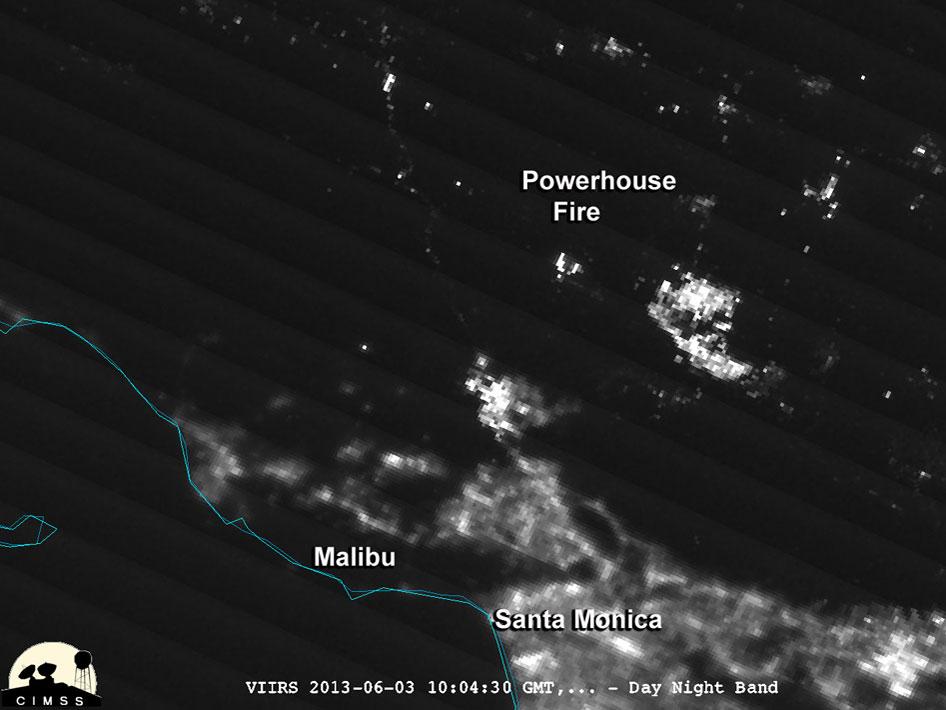 From its orbit around the Earth, the NASA-NOAA Suomi National Polar-orbiting Partnership satellite or Suomi NPP satellite, captured a night-time image of California’s Powerhouse Fire.

The Suomi NPP satellite carries an instrument so sensitive to low light levels that it can detect wildfires in the middle of the night. The Day/Night band on Suomi/NPP produces Night-Time visible imagery using illumination from natural (the moon, forest fires) and man-made sources (city lights, gas flares).

This image was taken during the early morning hours of June 3, 2013. Suomi NPP captured the image at 10:04 UTC/6:04 a.m. EDT/3:04 a.m. PDT. The large area of city lights of Santa Monica are visible to the south of the fire. The city of Lancaster, being threatened by the Powerhouse fire, is also visible to the east (right) of the fire. Lancaster is roughly 22 miles southwest of the NASA Dryden Research Center, which is NASA's primary center for atmospheric flight research and operations.