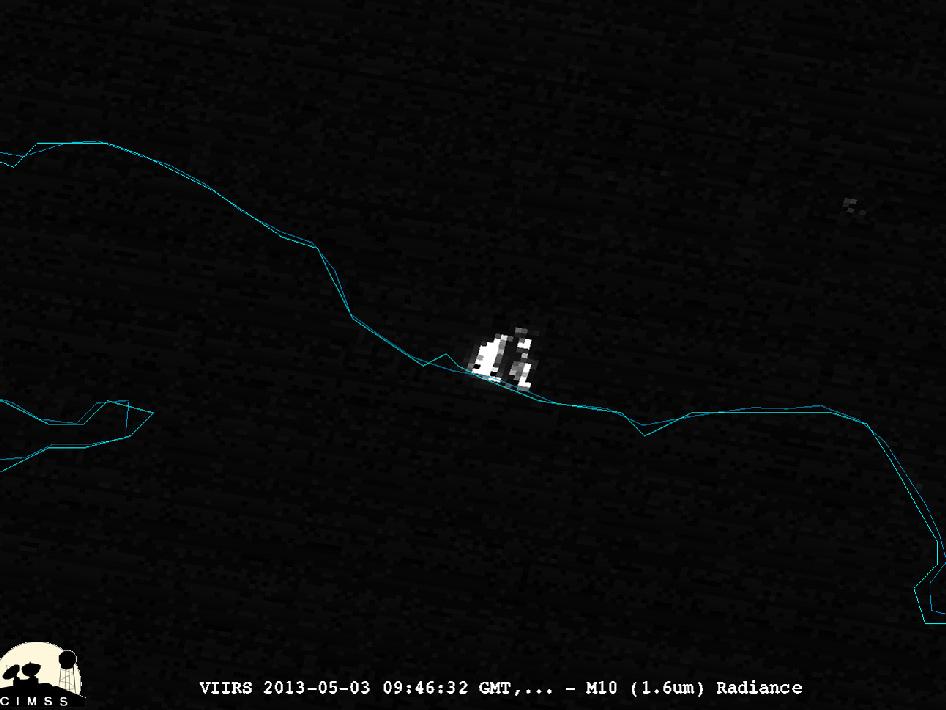 From its orbit around the Earth, the NASA-NOAA Suomi National Polar-orbiting Partnership satellite or Suomi NPP satellite, captured a night-time image of California’s Springs Fire.

The Suomi NPP satellite carries an instrument so sensitive to low light levels that it can detect wildfires in the middle of the night. The Day/Night band on Suomi/NPP produces Night-Time visible imagery using illumination from natural (the moon, forest fires) and man-made sources (city lights, gas flares).

On May 3 and 4, 2013, the Visible Infrared Imaging Radiometer Suite (VIIRS) on Suomi-NPP acquired animated images of the Springs Fire blazing near Los Angeles, California. The animation clearly shows the fire as a bright white circular area on May 3 near Point Mugu State Park. As the light of the fire traveled through the smoke, it got scattered (like shining a flashlight through smoke) appears brighter on the satellite image. The bright spot disappeared on May 4 as the blaze was coming under control as a result of firefighting efforts. The animation was created with data from the instrument’s “day-night band,” which sensed the fire in the visible portion of the spectrum.

According to Reuters news on May 6, the Springs Fire consumed as much as 28,000 acres of brush in the coastal area located northwest of Los Angeles. The fire started on Thursday, May 2, and by Sunday, May 5, the weather allowed firefighters to put containment lines around the fire.