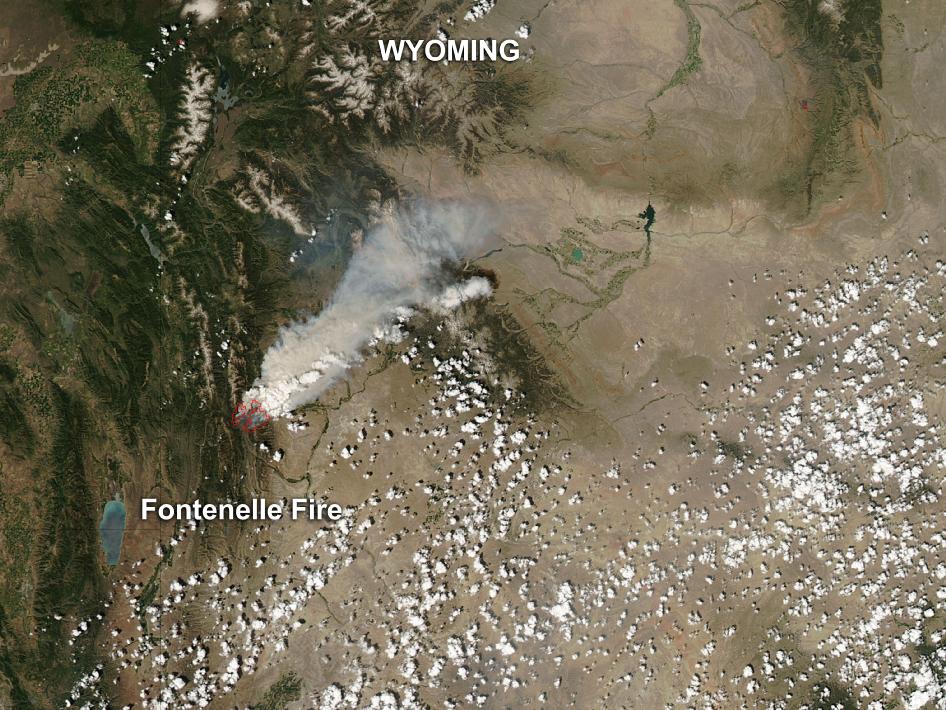 The Fontenelle Fire in western Wyoming continues to expand and generate a good deal of thick smoke, as seen by NASA satellite imagery.

The Moderate Resolution Imaging Spectroradiometer (MODIS) instrument onboard Aqua has infrared capabilities that can detect heat. In the MODIS images, fires, or hot spots are color coded as red areas in imagery and smoke appears in light brown. Images are generated at NASA's Goddard Space Flight Center in Greenbelt, Md.

This image shows the heat and smoke from the Fontenelle fire in western Wyoming. The image was captured on June 28, 2012 at 20:20 UTC (4:20 p.m. EDT). The smoke was blowing in a northeasterly direction on the satellite image. This fire has consumed 22,826 acres and according to the U.S. Forest Service it located in Lincoln and Sublette County, Wyoming. The U.S. Forest Service reported on June 29, that the "Fire behavior is extreme with running, torching and short duration crown fire."