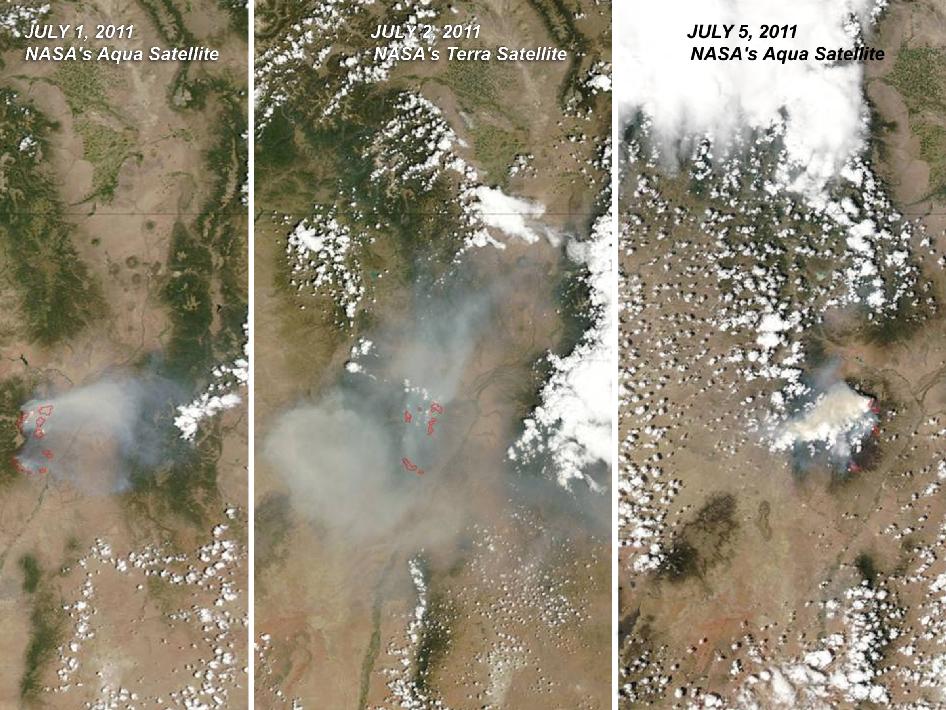 From July 1 to July 5, 2011, two NASA satellites captured images of the Las Conchas fire burning near Los Alamos, New Mexico that showed the amount of smoke had waned over that time.

Over the period of July 1 through July 5 the quantity of smoke (light brown) appeared to be greatest on July 2. By July 5, the amount of smoke was just a fraction of that seen on the second. Firefighting efforts have now provided a 30 percent containment of the fire.

On July 6, 2011, Inciweb reported that 130,691 acres have been affected by the Las Conchas fire. Inciweb, the "Incident Information System" website, (www.inciweb.org) is an interagency all-risk incident information management system.

Inciweb reported that "Large plumes of smoke were visible (on July 6) from the communities of Santa Clara, Chicoma Mountain, Los Alamos, Pajarito Mountain Ski Area, and surrounding areas (all not threatened). Pilots reported 300-500 foot flames moving up the Polvadera Peak, which is north of Road 108 and northwest of Chicoma Mountain."

For a complete listing of area closures and restrictions and progress in firefighting efforts, visit:http://www.inciweb.org/incident/2385/.