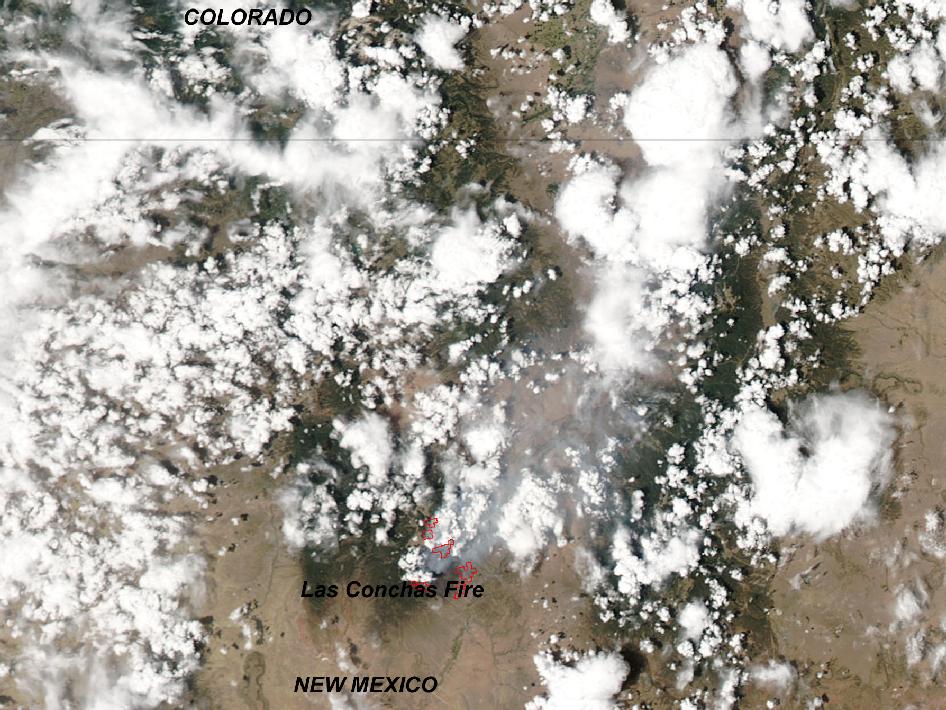 Closings and evacuations continue from the Las Conchas Fire in New Mexico. Fire and smoke from the wildfire were visible from NASA's Aqua satellite yesterday as it flew over New Mexico. Aqua's Moderate Resolution Imaging Spectroradiometer (MODIS) captured an image on June 28 at 20:00 UTC (4:00 p.m. EDT) that shows the smoke and heat (in red) from the Las Conchas fire near Los Alamos.

This fire has increased in coverage to 60,741 acres on June 28 from 43,597 acres on June 27 according to reports on InciWeb, The "Incident Information System" website. InciWeb reports wildfire conditions throughout the country.

The Kasha-Katuwe Tent Rocks National Monument will close to the public on Wednesday June 29. The Los Alamos National Laboratory will be closed due to the fire. Check the LANL web page for updates.

Evacuations are still in effect. The city of Los Alamos is under an evacuation order. White Rock is currently under a voluntary evacuation. According the website, the Santa Fe Animal Shelter and Humane Society and the Espanola Valley Humane Society are taking in dogs, cats and other small pets to help those displaced by the Las Conches Fire.

For updated information on the fire from Inciweb, go to: http://www.inciweb.org/incident/2385/