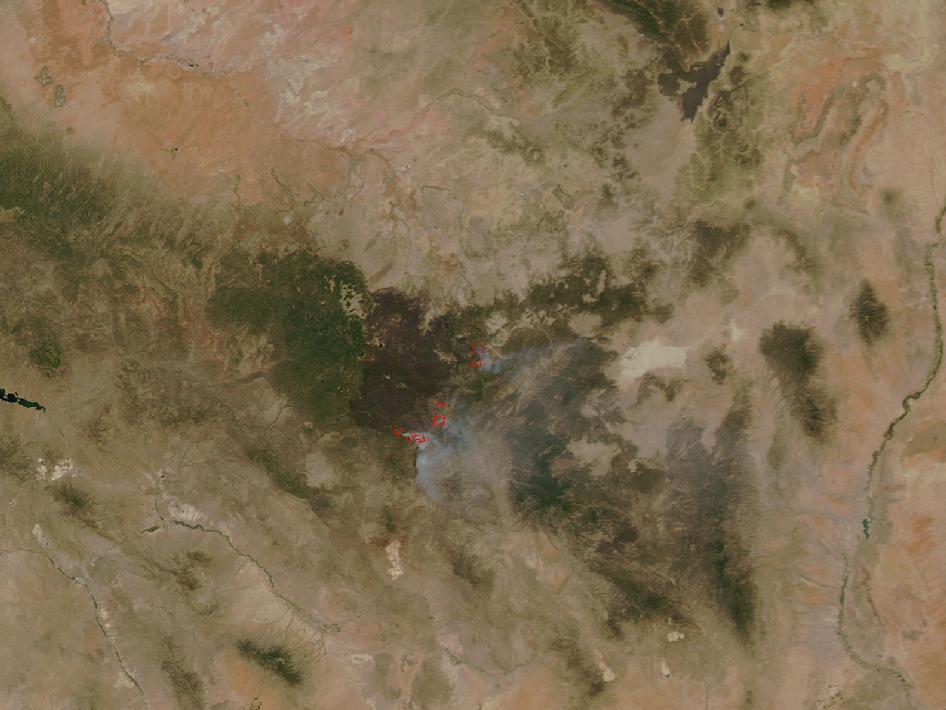 Intense smoke in the southeast border between New Mexico and Arizona continues to emerge from the Wallow fire. The fire measures 519,319 acres total, half of it contained as of June 22, according to InciWeb. The "Incident Information System" website reports wildfire conditions throughout the country.

Because the Wallow fire burned parts of the White Mountains, the National Weather Service predicts flooding in the area. The Horseshoe Two fire is not shown in this image; however, it is still active, and fire authorities expect the fire to be fully contained by June 22.