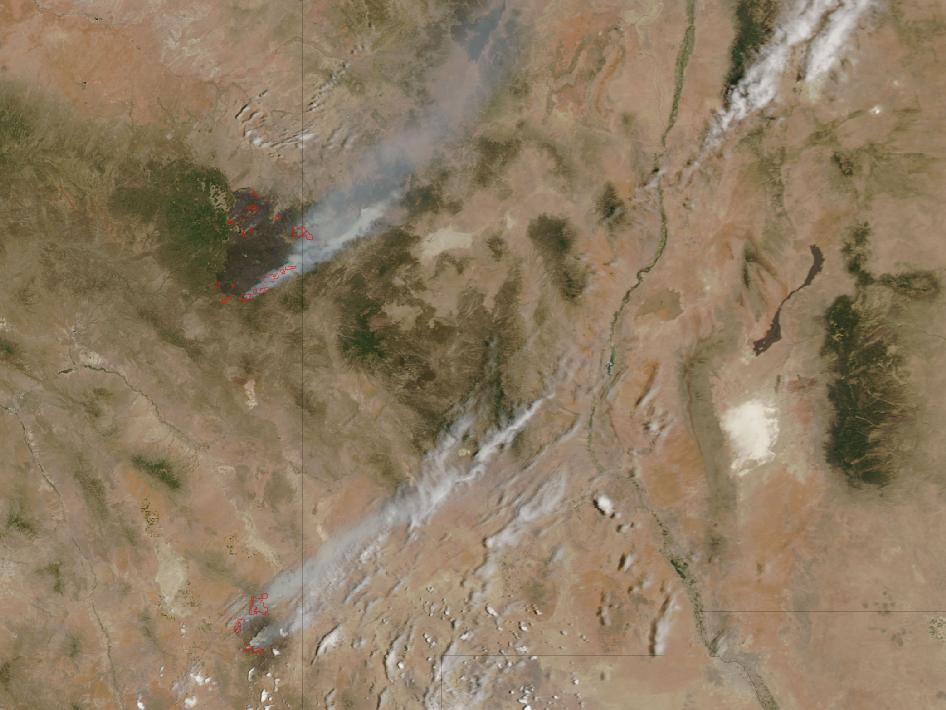 Fire conditions in eastern Arizona are beginning to reach a plateau. The Wallow North fire is now 18 percent contained and the Horseshoe Two fire is 53 percent contained, according to InciWeb.

The Moderate Resolution Imaging Spectroradiometer (MODIS) on the Aqua satellite acquired this image of the fires on June 13 at 20:45 UTC (4:45 p.m. EDT). Active fire areas are outlined in red. Smoke rises from the most intensely burning areas.