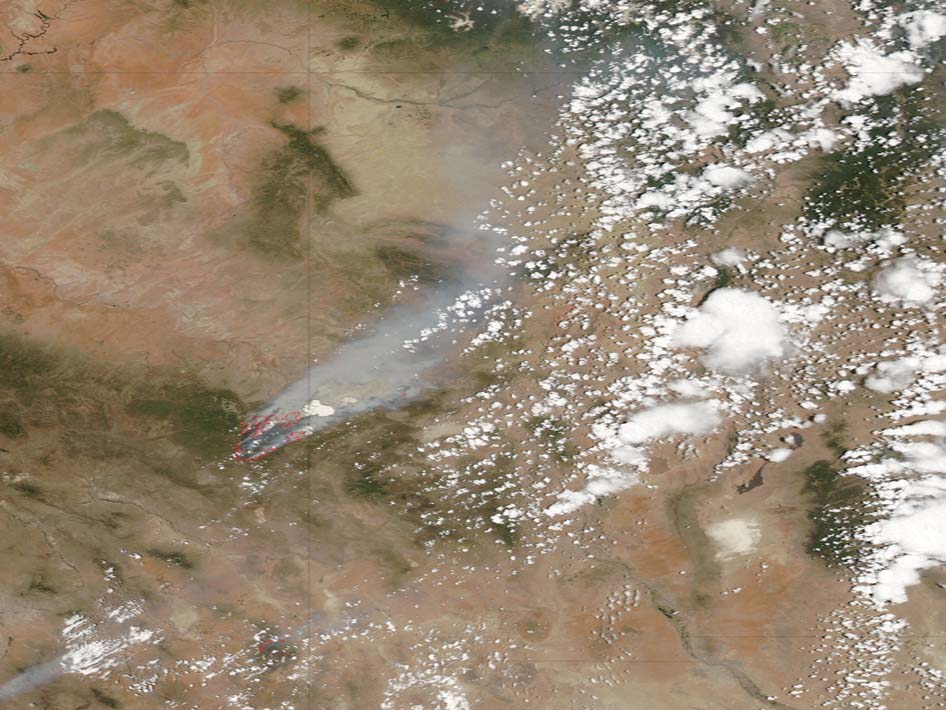 Plumes of smoke cover parts of eastern Arizona, as the Wallow North fire continues to grow. It has expanded by more than 100,000 acres over the last few days and the Horseshoe Two fire also by a couple thousand of acres, according to Inciweb.

Clouds of smoke can be seen in this image from the larger Wallow North fire. Compared to previous images captured this week by the Moderate Resolution Imaging Spectroradiometer (MODIS) instrument, the smoke from the Wallow North fire has visibly increased. NASA's Terra satellite aboard MODIS flew overhead on June 7, 2011 at 18:05 UTC (2:40 p.m. EDT/12:40 p.m. MDT) The red outlines in the image are hotspots associated with unusually high surface temperatures characteristic of fires.

More than 3,000 people have evacuated the areas nearby because of the increasing intensity of the fires, Reuters reported. On June 7 the Examiner reported 2,315 firefighting personnel from across the nation were on the scene including 31 hotshot crews and 25 handcrews. The massive Wallow North fire is moving north and northeast on its eighth day close to the communities of Eagar and Springerville, reported Wildfire Today on June 8.