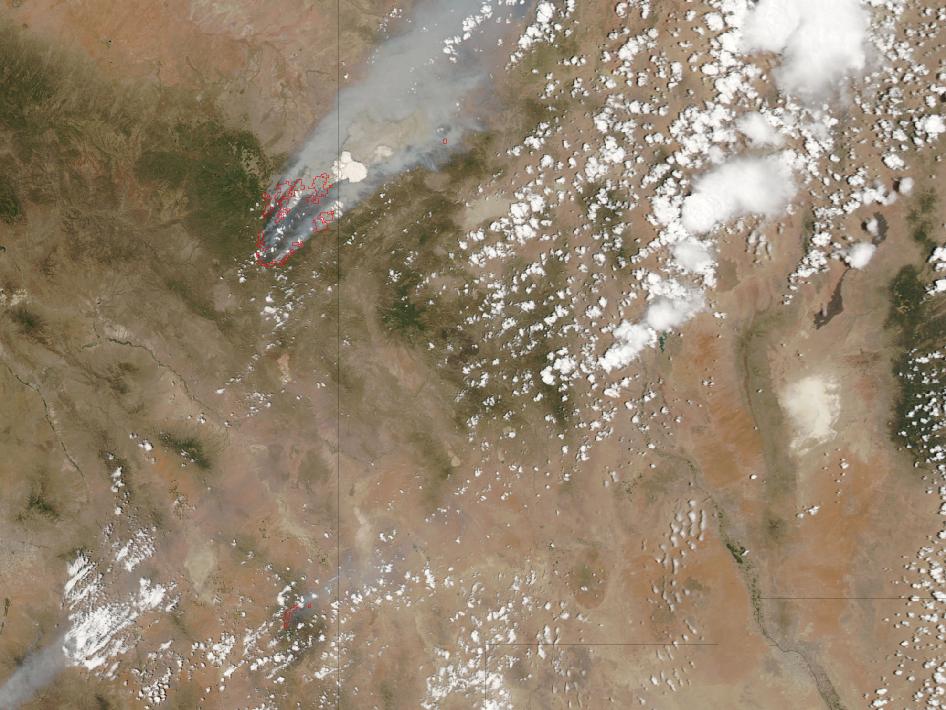 Dry weather conditions continue to fuel the two untamed wildfires. Despite efforts the Wallow North fire has not been contained and the Horseshoe Two fire has been merely 55 percent contained. The Wallow fire spans 233,522 acres, while the much smaller Horseshoe Two fire is sized at 104,285 acres, according to Inciweb.

This image depicts a streaming cloud of smoke from the Wallow North fire and a much less visible smoke trail from the Horseeshoe Two fire.

NASA's Aqua satellite flew overhead on June 6, 2011 at 20:40 UTC (4:40 p.m. EDT/2:40 p.m. MDT) and the Moderate Resolution Imaging Spectroradiometer (MODIS) instrument indentified fires and the smoke streaming from them in a visible image. The red outlines in the image are hotspots associated with unusually high surface temperatures characteristic of fires.

The National Interagency Fire Center reports critical fire weather conditions associated with strong winds of 20 to 40 mph and low relative humidity below 15 percent will continue over eastern Arizona, New Mexico, southeastern Colorado, and West Texas. Many residences and communities have been evacuated.