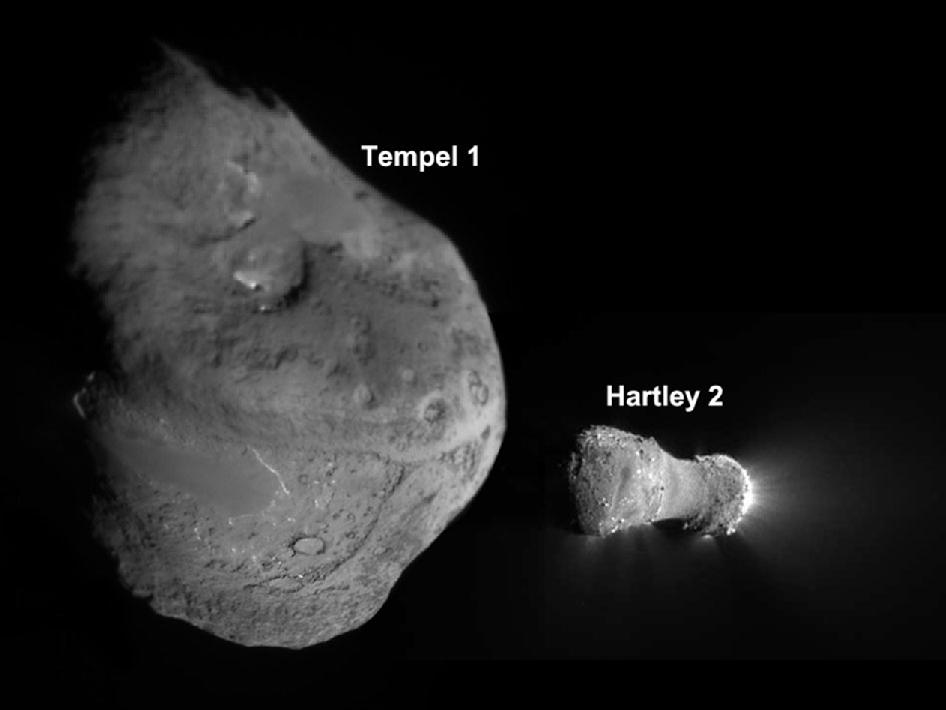 This image shows the nuclei of comets Tempel 1 and Hartley 2, as imaged by NASA's Deep Impact spacecraft, which continued as an extended mission known as EPOXI.

The Tempel 1 image was built up from more than 25 images captured by the impactor targeting sensor on July 4, 2005. The Hartley 2 image was obtained by the Medium- Resolution Imager on Nov. 4, 2010.