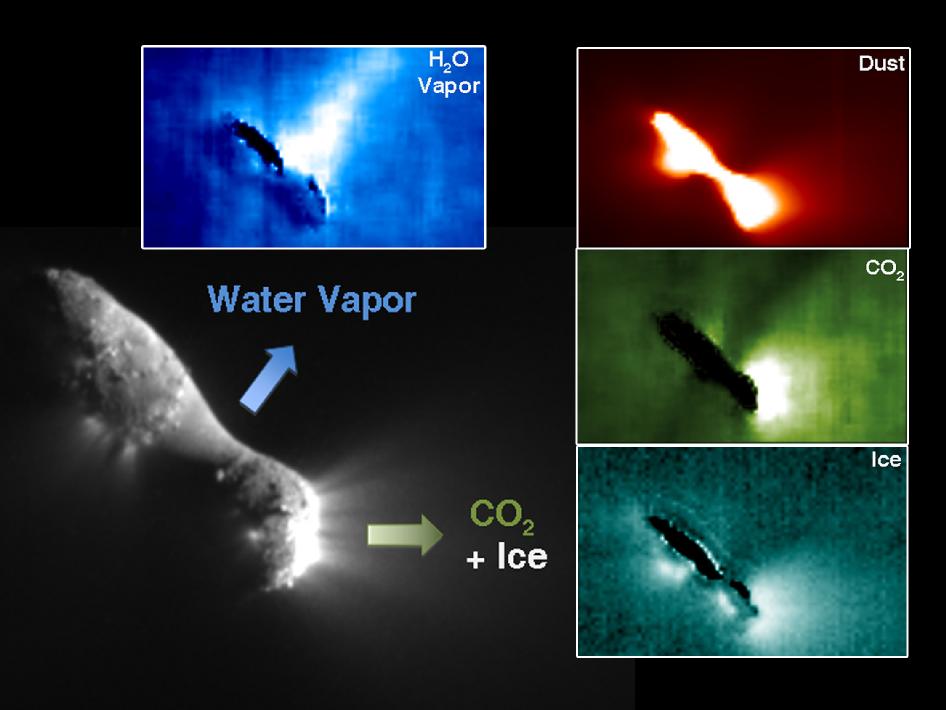 The Many Faces of Hartley 2

Infrared scans of comet Hartley 2 by NASA's EPOXI mission spacecraft show carbon dioxide, dust, and ice being distributed in a similar way and emanating from apparently the same locations on the nucleus. Water vapor, however, has a different distribution implying a different source region and process.

These maps were made from data obtained by the High-Resolution Imager on Nov. 4, 2010.