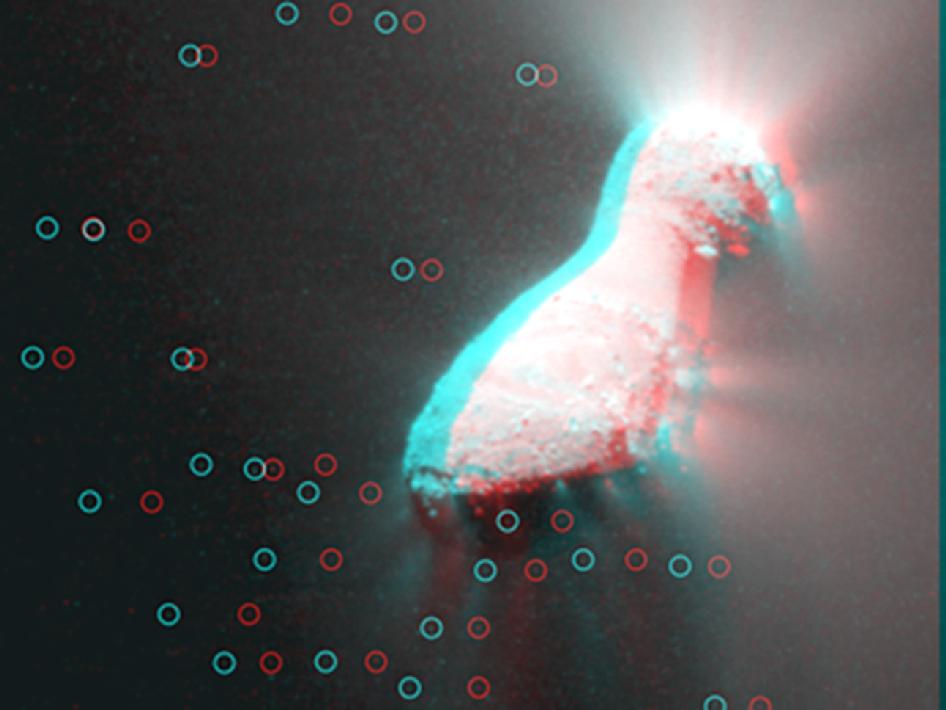 This 3-D image shows the entire nucleus of Hartley 2 with jets and an icy particle cloud. Circles have been added to highlight the location of individual particles.

The images used to make this 3-D image, known as an anaglyph, were obtained by the Medium-Resolution Imager on Nov. 4, 2010, the day the EPOXI mission spacecraft made its closest approach to the comet.

This 3-D image should be seen with blue-red glasses, where the red lens is in front of the left eye.