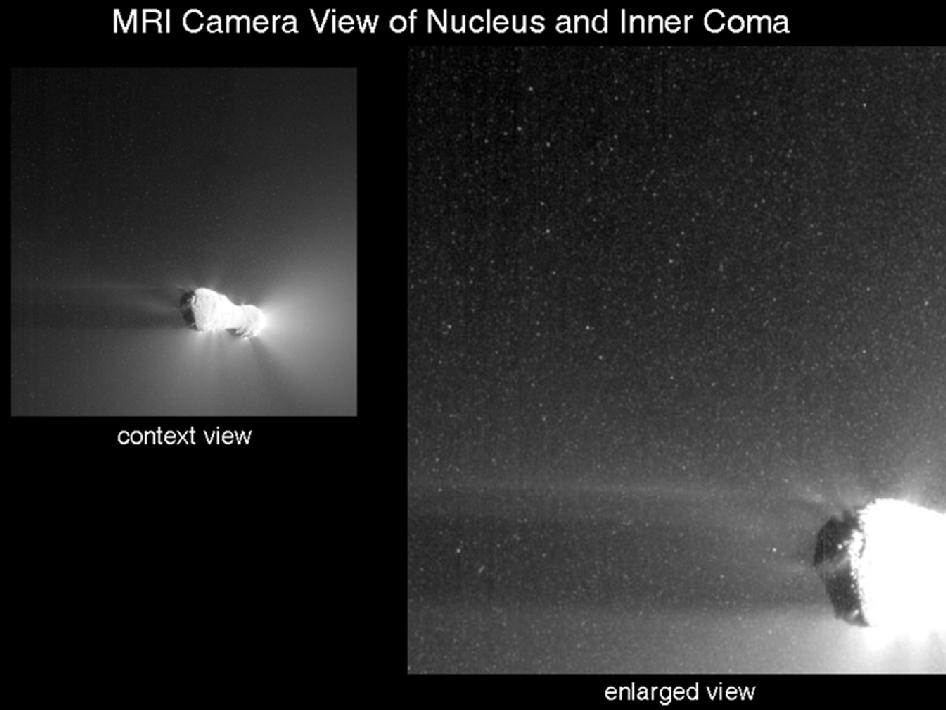 The images confirm that the particles seen in the High-Resolution Instrument images are real and not artifacts.

This image was obtained on Nov. 4, 2010, the day the EPOXI mission spacecraft made its closest approach to the comet.