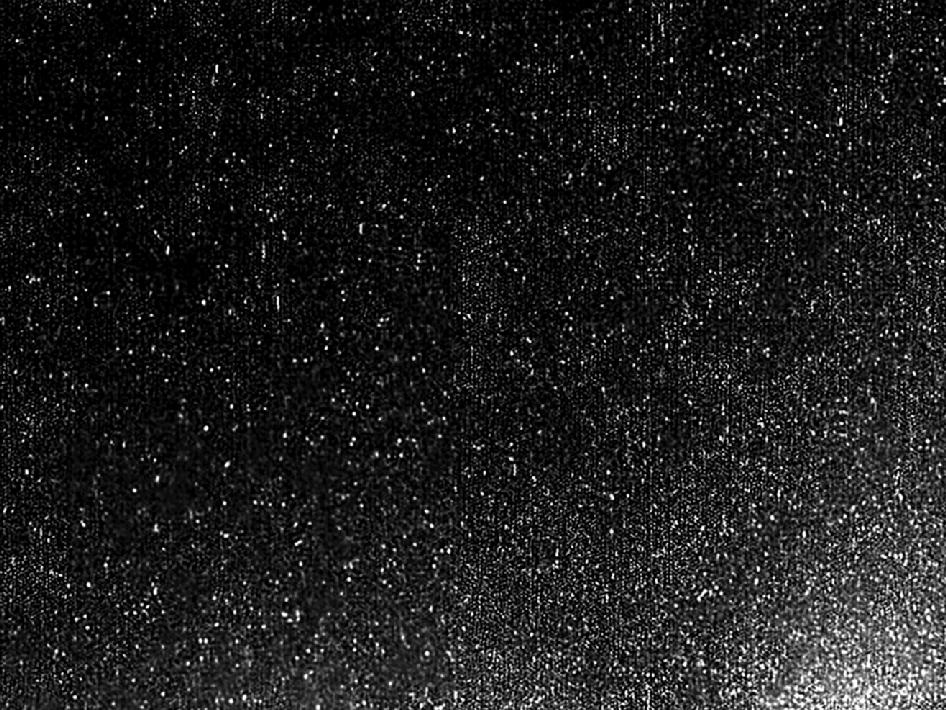 This zoomed-in image from the High-Resolution Instrument on NASA's EPOXI mission spacecraft shows the particles swirling in a "snow storm" around the nucleus of comet Hartley 2.

Scientists estimate the size of the largest particles ranges from a golf ball to a basketball. They have determined these are icy particles rather than dust. The particles are believed to be very porous and fluffy.

The sun is illuminating the nucleus from the right. This image was obtained on Nov. 4, 2010, the day the EPOXI mission spacecraft made its closest approach to the comet.