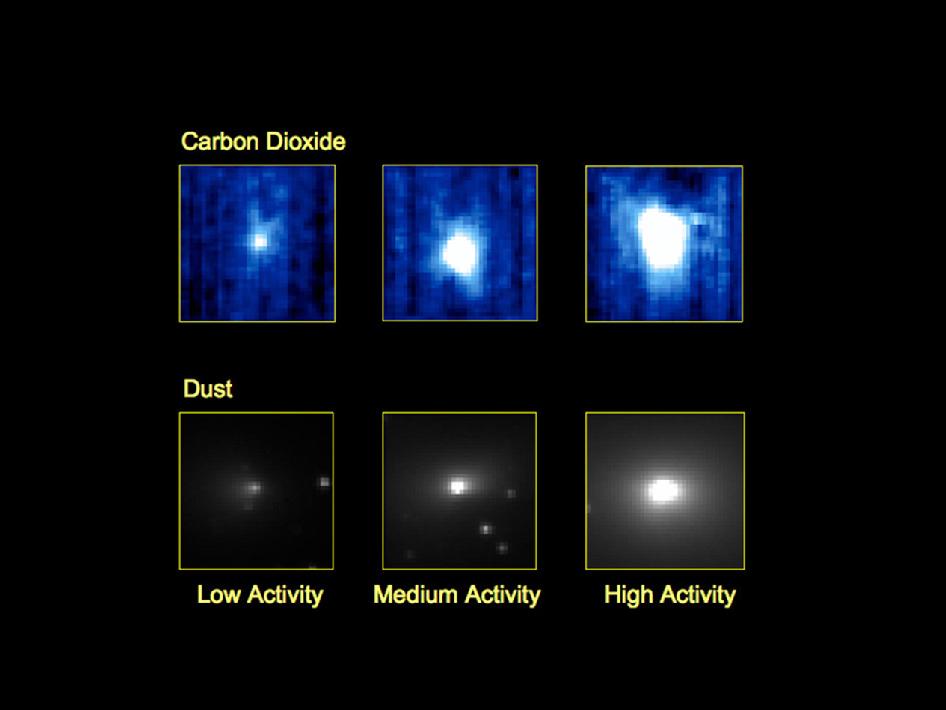 Evidence for a First-of-Its-Kind Comet Jet

These three pairs of images from NASA's EPOXI mission demonstrate that a dust jet and gaseous carbon dioxide are being released from comet Hartley 2 at the same time, and from the same location on the comet. The observations suggest that carbon dioxide is driving the jet and taking tiny grains with it as it spews out of the nucleus of the comet. This is the first time this type of jet has been observed.

The presence of this jet tells the scientists that the comet is made of chunks rich in solid carbon dioxide, sort of like chocolate chip chunks in frozen cookie dough. What's more, this variability in the comet's composition implies that the ingredients for both comets and planets must have been mixed up early on in the formation of our solar system. Without this mixing, comets would have more homogenous composition -- in simple terms, this would be having comets made of just "dough," and comets made of just "chocolate chunks."