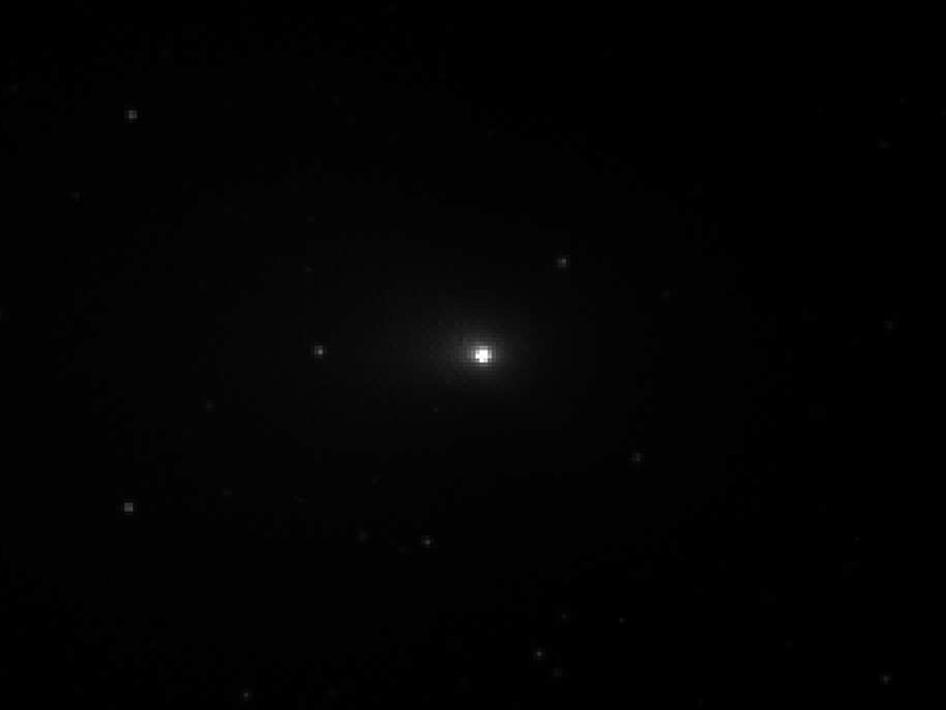 This is one of the first images sent back to Earth from the NASA's EPOXI mission after it flew by comet Hartley 2 around 7 a.m. PDT (10 a.m. EDT) on Nov. 4, 2010. The spacecraft's high-gain antenna, which is used for transmitting back images, was pointed away from Earth from 18 hours before the encounter until minutes after the event. The spacecraft then turned to point the antenna toward Earth and sent images. This picture was taken when the spacecraft was 18 hours away from the comet, by the Medium-Resolution Instrument. This image has been processed to enhance the nucleus of the comet and not the coma. The nucleus cannot be seen in this view.