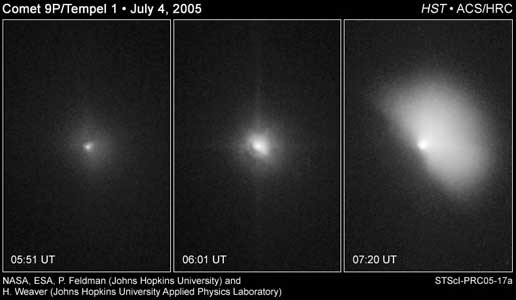 NASA's Hubble Space Telescope captured the dramatic effects of the collision that occurred early July 4, Eastern time, between an 820-pound projectile released by the Deep Impact spacecraft and comet 9P/Tempel 1. This sequence of images shows the comet before and after the impact. The visible-light images were taken by the Advanced Camera for Surveys' High Resolution Camera.