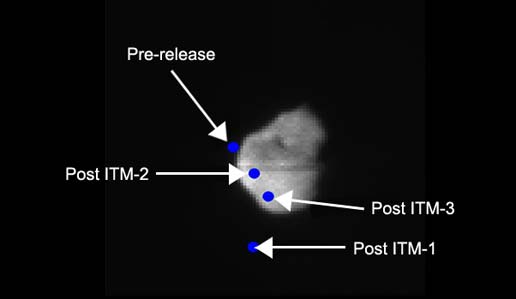 This image shows how Deep Impact's impactor targeted comet Tempel 1 as the spacecraft made its final approach in the early morning hours of July 4, Eastern time. The autonomous navigation system on the probe was designed to make as many as three impactor targeting maneuvers, identified as ITMs in this picture, to correct its course to the comet.

+ View image archive
›Back To Top