It Happens in a Flash 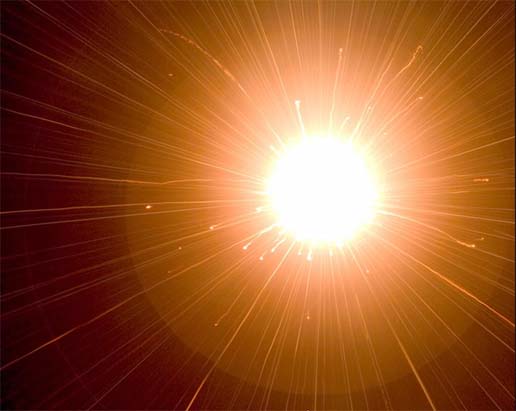 This image shows a flash produced in a laboratory by a high-velocity bead slamming into dust. Though the flash itself can't be resolved, its brilliant effects can be seen in this three-second time exposure. Scientists say that the collision between Deep Impact's impactor and comet Tempel 1 may produce a similar flash.

This flash occurred when a quarter-inch sphere smashed into powdered dust at a speed of 6.4 kilometers per second (4 miles per second). Even though the actual flash lasted less than 50 millionths of a second, the camera recorded the hot debris in the impact crater (center) and the streaking ejecta. This experiment was performed at NASA's Ames Research Center, Moffett Field, Calif.