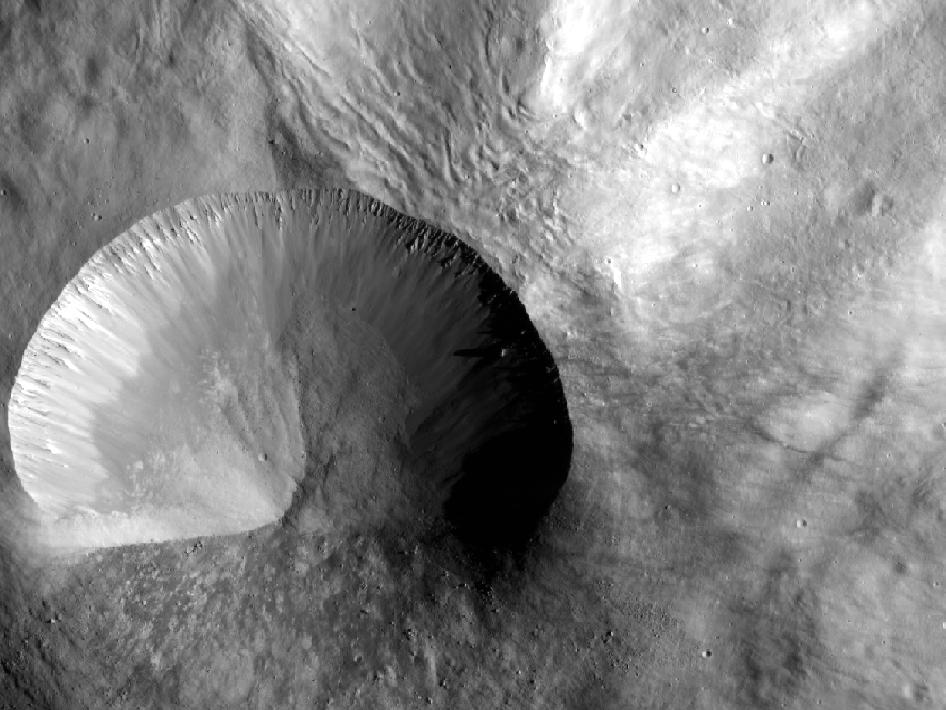 This image from NASA's Dawn spacecraft shows a young crater on Vesta that is 9 miles (15 kilometers) in diameter. Layering is visible in the crater walls, as are large boulders that were thrown out in the material ejected from the impact. The ejected material likely once resided deep within Vesta, since this crater formed within the deep Rheasilvia impact basin. It may provide clues to Vesta's composition at depth.

This image was obtained by Dawn's framing camera image was acquired on Dec. 21, 2011, during Dawn's low-altitude mapping orbit (on average 130 miles or 210 kilometers above the surface). Rheasilvia is located at the south pole of Vesta. The image covers an area of 260 square miles (670 square kilometers).