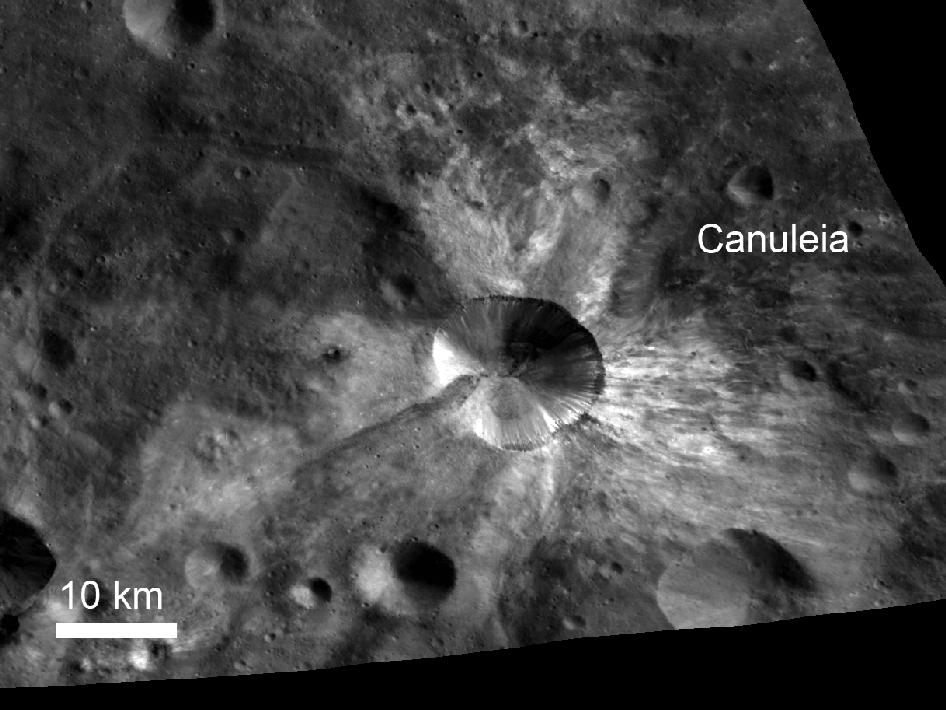 Canuleia crater is located outside the rim of the Rheasilvia basin in the southern hemisphere, inside the quadrangle named for Urbinia crater. It is about 6 miles (10 kilometers) in diameter. The bright ejected material extends 12 to 19 miles (20 to 30 kilometers) beyond the crater's rim.