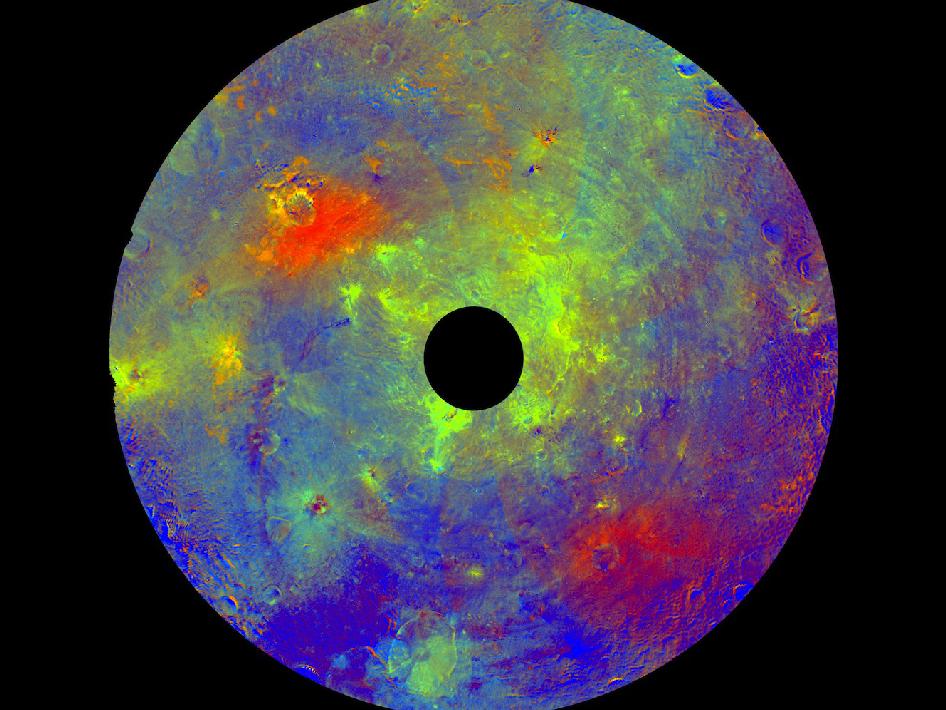 Asteroid Vesta in a 'Rainbow-Colored Palette'

This image using color data obtained by the framing camera aboard NASA's Dawn spacecraft shows Vesta's southern hemisphere in color, centered on the Rheasilvia formation. Rheasilvia is an impact basin measured at about 290 miles (467 kilometers) in diameter with a central mound reaching about 14 miles (23 kilometers) high. The black hole in the middle is data that have been omitted due to the angle between the sun, Vesta and the spacecraft.

This mosaic was assembled using images obtained during Dawn's approach to Vesta, at a resolution of 480 meters per pixel.

For more information about the Dawn mission, visit: http://www.nasa.gov/dawn and http://www.dawn.jpl.nasa.gov .