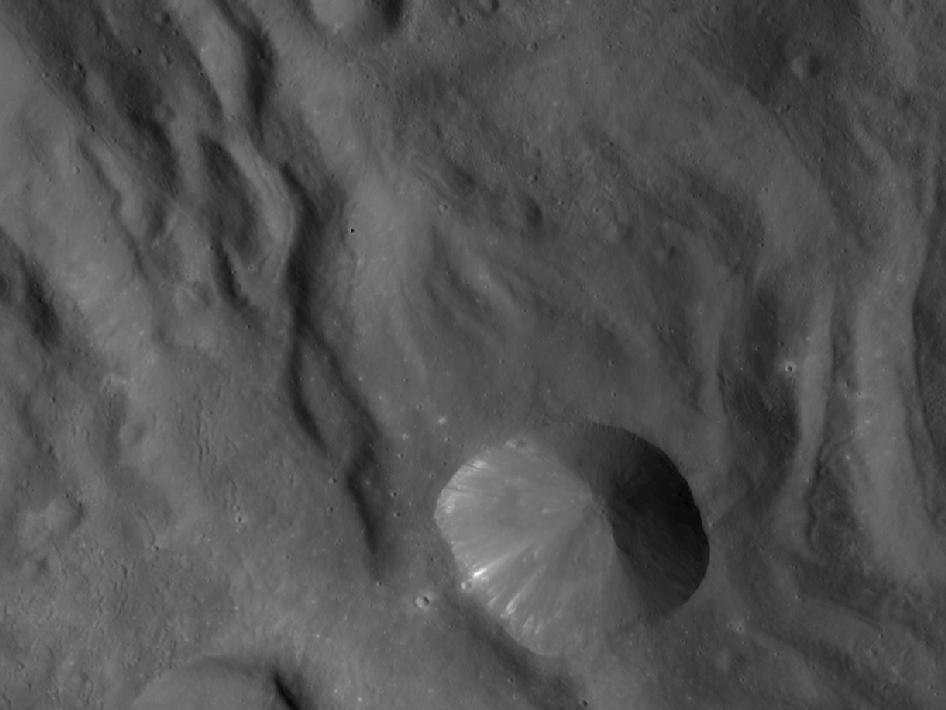 A Closeup View of the Giant Asteroid Vesta.

In this image of Vesta, taken by NASA's Dawn spacecraft just shortly before the beginning of high altitude mapping orbit, north is up and the upper right corner is to the northeast. The spacecraft's distance to Vesta's center is about 420 miles (680 kilometers), and the image resolution is approximately 65 meters per pixel.

The Dawn mission to Vesta and Ceres is managed by NASA's Jet Propulsion Laboratory, a division of the California Institute of Technology, Pasadena, Calif., for NASA's Science Mission Directorate, Washington. UCLA is responsible for overall Dawn mission science. The Dawn framing cameras were developed and built under the leadership of the Max Planck Institute for Solar System Research, Katlenburg-Lindau, Germany, with significant contributions by DLR German Aerospace Center, Institute of Planetary Research, Berlin, and in coordination with the Institute of Computer and Communication Network Engineering, Braunschweig. The Framing Camera project is funded by the Max Planck Society, DLR, and NASA/JPL.

More information about Dawn is online at http://www.nasa.gov/dawn and http://dawn.jpl.nasa.gov .