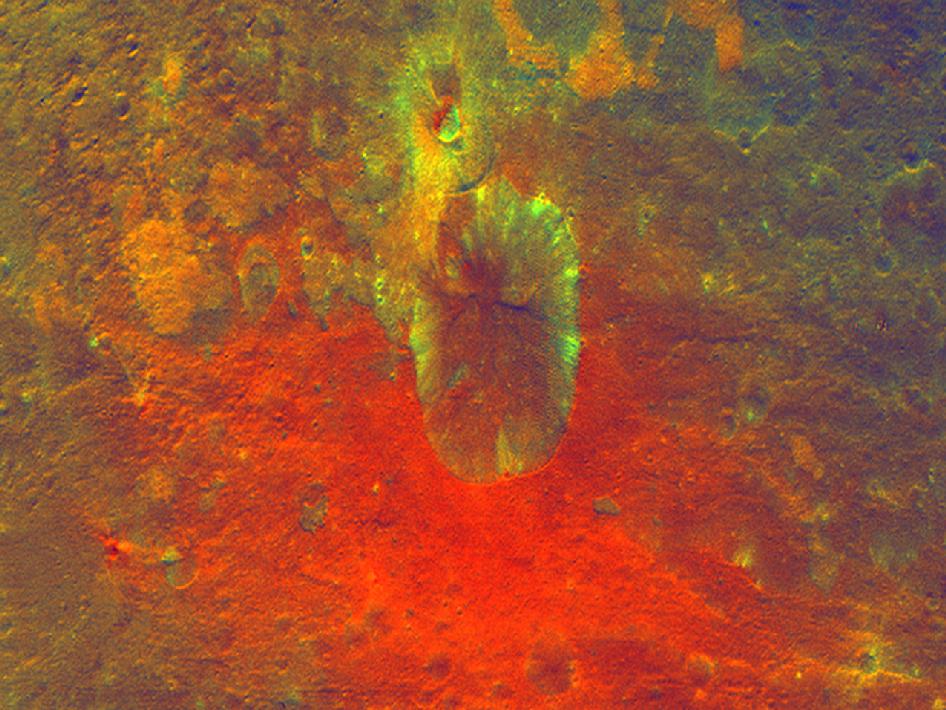 This false-color image obtained by NASA's Dawn spacecraft shows a crater on the giant asteroid Vesta. The reddish coloring below the crater points to material that was hurled from Vesta's interior during an impact or originated from the impactor itself. This image was obtained at an altitude of 1,700 miles (2,700 kilometers) altitude above the surface of Vesta. Image resolution is about 260 meters per pixel.

The Dawn mission to Vesta and Ceres is managed by NASA's Jet Propulsion Laboratory, a division of the California Institute of Technology in Pasadena, for NASA's Science Mission Directorate, Washington. UCLA is responsible for overall Dawn mission science. The Dawn framing cameras were developed and built under the leadership of the Max Planck Institute for Solar System Research, Katlenburg-Lindau, Germany, with significant contributions by DLR German Aerospace Center, Institute of Planetary Research, Berlin, and in coordination with the Institute of Computer and Communication Network Engineering, Braunschweig. The Framing Camera project is funded by the Max Planck Society, DLR, and NASA/JPL.