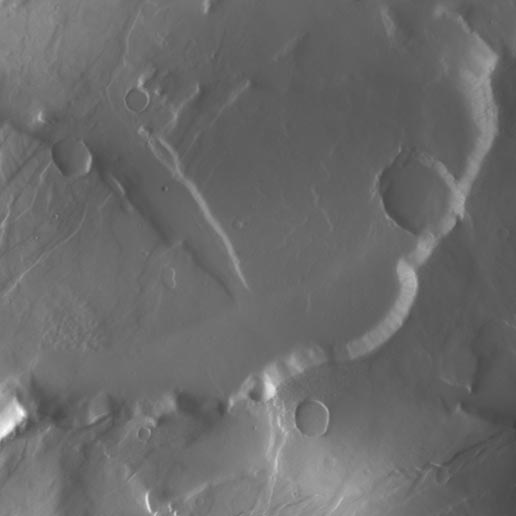 This near-infrared image from the framing camera on NASA's Dawn spacecraft was taken near the point of closest approach to Mars on Feb. 17, 2009, during Dawn's gravity assist flyby. The image, taken for calibration purposes, shows a portion of the fretted and cratered northwest margin of Tempe Terra, Mars. The scarp of the highlands/ lowlands boundary is illuminated by the light of dawn, and traces of fog appear in the lower portion. The area covered by the image is about 55 kilometers (34 miles) across.

The Dawn framing camera was built by the Max Planck Institute for Solar System Research, Germany, in partnership with the Deutsches Zentrum fuer Luft- und Raumfahrt and Institut fuer Datentechnik und Kommunikationsnetze. The Dawn mission is managed for NASA by JPL in partnership with UCLA.