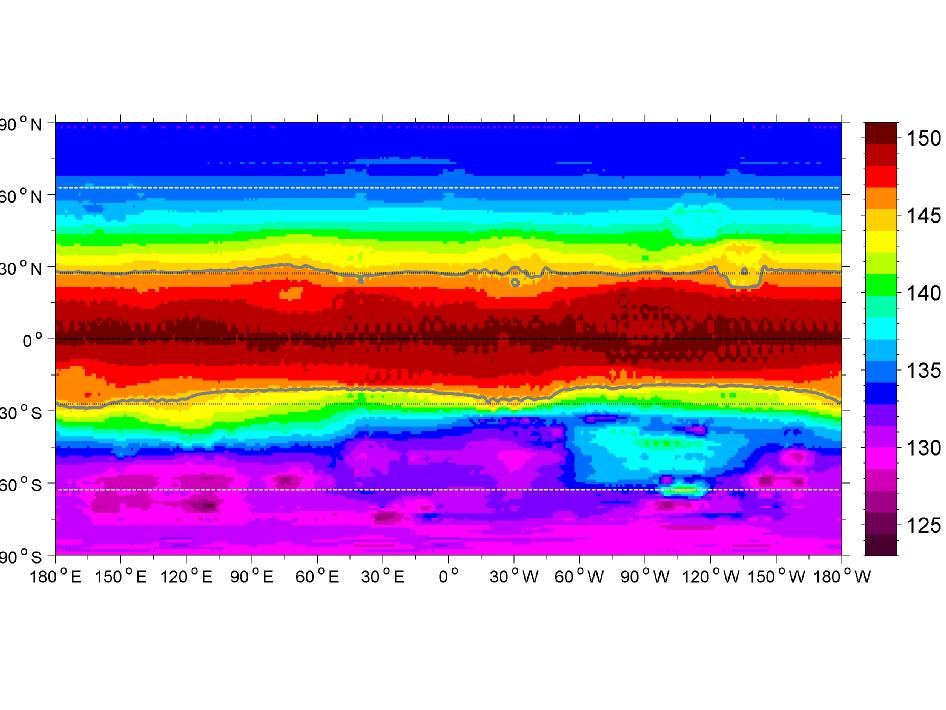 As this global map of average surface temperature shows, the warmer equatorial zone of the giant asteroid Vesta is likely too warm to sustain water ice below the surface. But roughly half of Vesta is so cold and receives so little sunlight on average that water ice could have survived there for billions of years. The dividing lines (solid gray) are found at about 27 degrees north latitude and 27 degrees south latitude. This map, with temperatures given in kelvins, comes from the first published models of the average global temperature and illumination conditions on Vesta. Figure reprinted from Stubbs, T.J., Wang, Y. Icarus 2012, 217, 272–276, doi:10.1016/j.icarus.2011.11.007