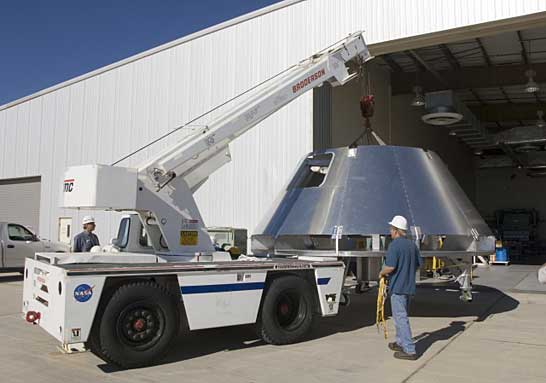 It's the centerpiece of NASA's Constellation program, which aims to take the next generation of human explorers to the moon and beyond.

Orion's launch abort system, a "rocket on top of the rocket," is designed to ensure the safety of its astronaut crew by pulling the crew module away from it's booster rocket in the event of a booster malfunction, either while on the launch pad or during ascent to orbit.

As part of this effort, NASA Dryden's Fabrication Branch constructed a mockup of the Orion crew module. More simplified than the actual spacecraft, the Orion mockup is the actual size of the real thing, inside and out.

Dryden is using the mockup to develop and verify integration and installation procedures for things like avionics, instrumentation, and wire harness routing in advance of the arrival of the first abort flight test article, called "Boilerplate 1." 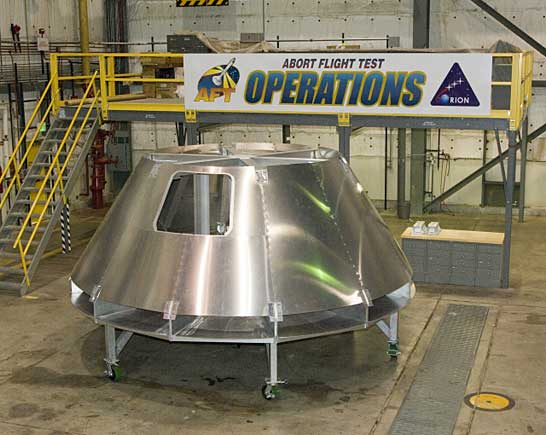 Boilerplates, in this sense of the term, are flying simulators used in early tests designed to mimic the flight characteristics of the actual vehicle. They have the exact dimensions, aerodynamic and mass properties of the operational vehicle they will simulate in flight, in this case the Orion crew module.

The mockup has no attached forward bay on it's top, but Dryden technicians are building one that will remain separate for parachute integration procedure development.

Two pad abort and four ascent abort flight tests of the launch abort system are planned, all unmanned, with the first scheduled for 2008 and continuing through 2011.