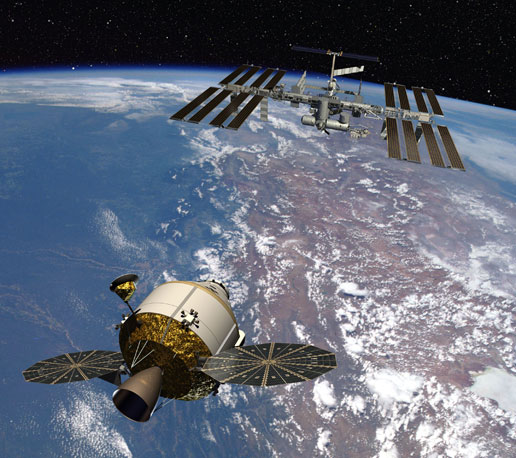 JSC2006-E-43963 (Oct. 2006) --- NASA's Constellation Program is getting to work on the new spacecraft that will return humans to the moon and be capable of delivering crews and cargo to the International Space Station. The new spacecraft will be similar in shape to the Apollo spacecraft, but significantly larger. The tried-and-true conical form is the safest and most reliable for re-entering the Earth's atmosphere. This artist's rendering represents a concept of the Orion crew exploration vehicle approaching the International Space Station in Earth orbit. (Depicts obsolete configuration.)