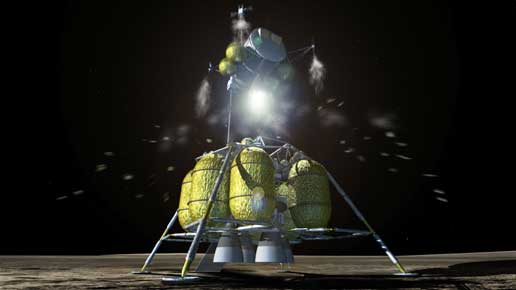 JSC2006-E-21841 (June 2006) --- NASA's Constellation Program is getting to work on the new spacecraft that will return humans to the moon and blaze a trail to Mars and beyond. This artist's rendering represents a concept of a crew blasting off from the moon's surface, in a portion of a lunar lander, to dock with a crew capsule and travel back to Earth. (Depicts obsolete configuration.)