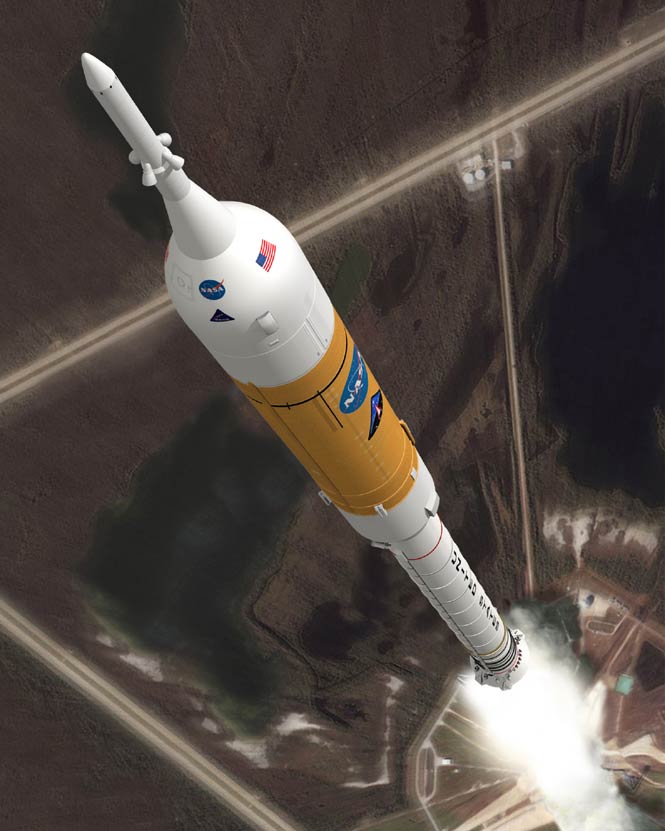 MSFC-0800205 (8 Feb. 2008) -- A concept image shows the Ares I crew launch vehicle during ascent. Ares I is an in-line, two-stage rocket configuration topped by the Orion crew exploration vehicle and launch abort system. The Ares I first stage is a single, five-segment reusable solid rocket booster, derived from the space shuttle. Its upper stage is powered by a J-2X engine. Ares I will carry the Orion with its crews of up to six astronauts to Earth orbit.

> View large image
›Back To Top