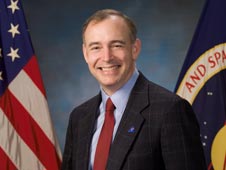 
Jeff Hanley is the manager of NASA’s Constellation program. He is leading the development of the nation’s new spacecraft and launch system, which will take astronauts to the moon, Mars and beyond.