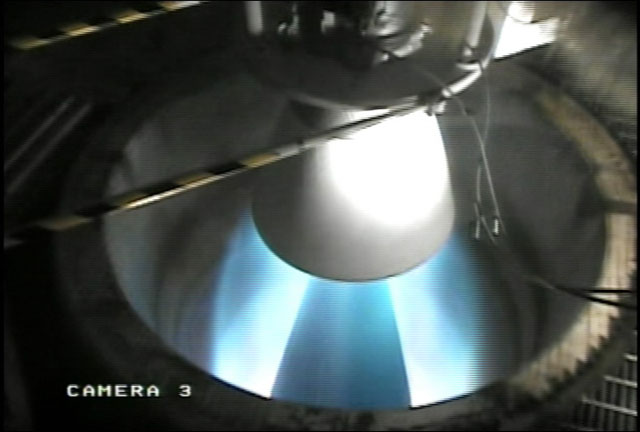 The RS-18 engine was last used on Apollo 17 in 1972 to lift the ascent module off the lunar surface and begin the journey home. Thirty six years later, it is being used during testing once again as part of NASA's Constellation Program, as shown in the photo above. While the engine will not be used for Constellation, it has been modified to burn liquid oxygen and liquid methane in order to perform analysis on the engine test stand. The RS-18 was modified through NASA's Exploration Technology Development Program, which is experimenting with various rocket engine and propulsion technologies that can be used in the future. Photo credit: NASA