The Air We Breathe. The Water We Drink.
Clean air is important to everyone.

Clean air is vital to life on Earth. An average adult breathes more than 3000 gallons of air every day. In some places, the air we breathe is polluted. Human activities such as driving cars and trucks, burning coal and oil, and manufacturing chemicals release gases and small particles known as aerosols into the atmosphere. Natural processes such as forest fires and wind-blown desert dust also produce large amounts of aerosol, but roughly half of the total aerosol worldwide results from human activities. 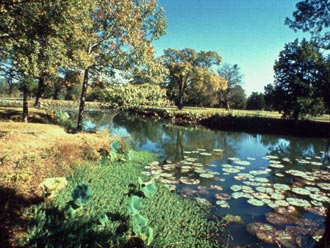 Aerosol particles are so small they remain suspended in the air for days or weeks. Smaller aerosols can be breathed into the lungs. In high enough concentrations, pollution aerosols can threaten human health.

Aerosols can also impact our environment. Aerosols reflect sunlight back to space, cooling the Earth's surface and some types of aerosol also absorb sunlight -- heating the atmosphere. Because clouds form on aerosol particles, changes in aerosols can change clouds and even precipitation. These effects can change atmospheric circulations and, over time, even the Earth's climate.

We need better information on where aerosols are produced and where they go. Aerosols can be carried through the atmosphere -- traveling hundreds or thousands of miles from their sources. We need this information to improve daily forecasts of air quality and long-term forecasts of climate change.

There is lots of water on Earth, but very little is usable to humans.

Freshwater is a truly precious resource. Of the small amount of freshwater on our planet, two-thirds of it is locked away in ice caps at the poles. The remaining freshwater resides in lakes, rivers and in underground reservoirs.

Water cycles continuously throughout the Earth system, rising from oceans, lakes, and the land surface to the atmosphere, forming into clouds, and eventually falling from clouds back to Earth's surface as rain and snow. 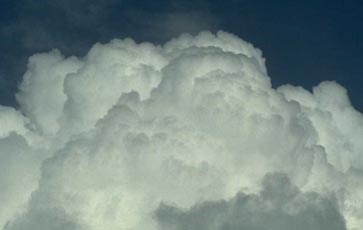 Clouds play an important role in the cycling of water over the planet. They effectively wring out some of the invisible water vapor contained in the atmosphere and convert it to liquid and solid water that falls back to Earth, replenishing our reservoirs of freshwater.

Clouds are thus essential for replenishing the water we drink. If our world had no clouds, there would be no way to replenish these reservoirs of freshwater.

There's still a great deal we don’t know about clouds and the water cycle. We don't know how much of the water in clouds falls as rain or snow, and we can't predict how clouds -- and thus our reservoirs of freshwater -- might change as our climate changes. Scientists need better global information on clouds so they can begin to answer some of these difficult questions.