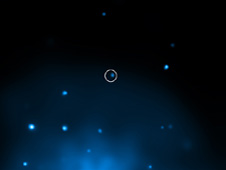 Using data from NASA's Chandra X-ray Observatory, scientists have reported the possible detection of a binary star system that was later destroyed in a supernova explosion. The new method they used provides great future promise for finding the detailed origin of these important cosmic events.

In an article appearing in the February 14th issue of the journal Nature, Rasmus Voss of the Max Planck Institute for Extraterrestrial Physics in Germany and Gijs Nelemans of Radboud University in the Netherlands searched Chandra images for evidence of a much sought after, but as yet unobserved binary system – one that was about to go supernova. Near the position of a recently detected supernova, they discovered an object in Chandra images taken more than four years before the explosion.

Answering such questions is a high priority because Type Ia supernovas are major sources of iron in the Universe. Also, because of their nearly uniform intrinsic brightness, Type Ia supernova are used as important tools by scientists to study the nature of dark energy and other cosmological issues.

"Right now these supernovas are used as black boxes to measure distances and derive the rate of expansion of the universe," said Nelemans. "What we're trying to do is look inside the box."

If the supernova explosion is caused by material being pulled off a companion star onto the white dwarf, fusion of this material on the surface of the star should heat the star and produce a strong source of X-radiation prior to the explosion. Once the supernova explosion occurs, the white dwarf is expected to be completely destroyed and then would be undetectable in X-rays. In the merger scenario, the intensity of X-ray emission prior to the explosion is expected to be much weaker.

Based on the detection of a fairly strong X-ray source at approximately the position of SN 2007on 4 years before the explosion, Voss and Nelemans conclude that the data support the scenario where matter is pulled off a companion star. The small number of X-ray sources in the field implies that there is only a small chance of an unrelated source being so close by coincidence. Also, the X-ray source has similar properties to those expected for fusion on a white dwarf, unlike most X-ray sources in the sky.

However, in follow-up studies, Voss, Nelemans and colleagues Gijs Roelofs (Harvard-Smithsonian Center for Astrophysics, Cambridge, Mass.) and Cees Bassa (McGill University, Canada) used higher-quality optical images to better determine the supernova's position. This work, which is not yet published, shows a small, but significant difference in the measured positions of the supernova and the X-ray source, suggesting the source may not be the progenitor.

Follow-up Chandra observations hint that the X-ray object has disappeared, but further observations are needed to finally decide whether the source was the progenitor or not. The team is also applying this new method to other supernovas and has high hopes that they will eventually succeed in identifying the elusive cause of at least some of these explosions.

"We're very excited about opening up a new way of studying supernovas, even though we're not sure that we've seen this particular stellar bomb before it exploded," said Gijs Roelofs. "We're very confident that we'll learn alot more about these important supernovas in the future."

Voss agrees that, even if the X-ray source is not found to be the progenitor of SN 2007on, the hunt is worth the effort.

"Finding the progenitor to one of these Type Ia supernovas is a great chase in astronomy right now," he said. "These supernovas are great tools for studying dark energy, but if we knew more about how they form they might become even better tools."